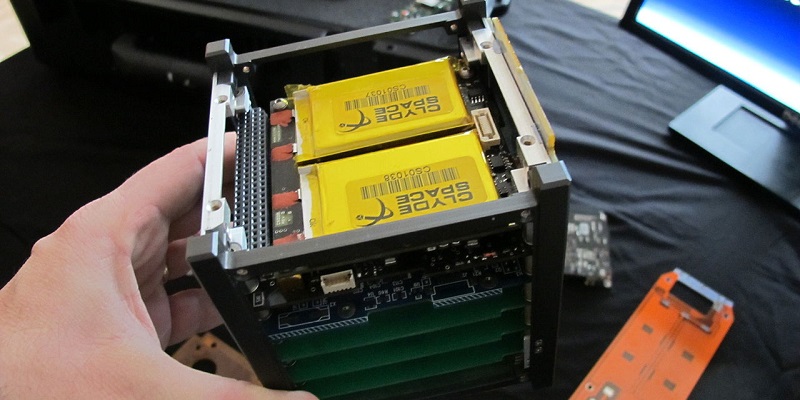 NASA announced Wednesday that its Launch Services Program (LSP) has awarded contracts to three companies who will be tasked with providing CubeSats, or nanosatellites, with the launch capabilities needed to access low-Earth Orbit.

Read more: What Happened to Our Fascination with Space?

“The VCLS contracts will demonstrate a dedicated launch capability for smaller payloads that NASA anticipates it will require on a recurring basis for future science SmallSat and CubeSat missions,” NASA said its press release.

It’s currently difficult to launch small satellites and science missions to space, which is why many of the projects are dependent on limited flight arrangements by way of rideshare-type setups. The launches provided by the trio of companies under the contract differs from a rideshare arrangement and signifies the smallest class of launch services used by NASA, according to the agency.

“LSP is attempting to foster commercial launch services dedicated to transporting smaller payloads into orbit as an alternative to the rideshare approach and to promote the continued development of the U.S. commercial space transportation industry,” said Jim Norman, director of Launch Services at NASA’s Washington headquarters. “VCLS is intended to help open the door for future dedicated opportunities to launch CubeSats and other small satellites and science missions.”

CubeSats and other miniature satellites are being increasingly implemented into NASA’s endeavors due to their low cost. NASA uses the satellites for operations such as the study of the Earth and other planets, and fundamental Earth and space science. Small satellites are also used to collect images which aid efforts pertaining to monitoring, analysis, and disaster response. NASA believes they could also be used for the tracking of ships and aircraft, enhanced forecasting of the weather, and the implementation of more widespread internet coverage.

“The tiny, box-shaped spacecraft have emerged in the last 16 years as a quick, viable way to test components and techniques that, if proven, can be applied to much larger missions where the stakes are far greater than a simple, 4-inch cube,” said Steven Siceloff of NASA’s Kennedy Space Center in another statement recently released by the agency. “The price tag for each mission is one-tenth the cost of the least-expensive traditional launcher.”

LSP plays a large role in NASA’s increased use of CubeSats. Over the next three years the program will allow more than 50 of the nanosatellites to launch.

In partnership with the LSP, the Earth Science Division of NASA’s Science Mission Directorate will help to fund the contracts.

“Emerging small launch vehicles have great potential to expand the use of small satellites as integral components of NASA’s Earth science orbital portfolio,” said Michael Freilich, director of NASA’s Earth Science Division. “Today’s CubeSat technology fosters hands-on engineering and flight research training; with the addition of reliable, affordable, and dedicated access to space on small launchers, constellations of SmallSats and CubeSats could revolutionize our science-based spaceborne Earth-observing systems and capabilities. We’re eager to work with the VCLS providers as they develop new launch capabilities for the Earth science community.”