NASA engineers successfully conducted the second in a series of RS-25 flight controller tests on May 23, 2017, stepping closer to deep-space exploration with the world’s most-powerful rocket. The test was set after a facility issue, subsequently resolved, forced rescheduling of a May 16 hot fire. The 500-second – more than eight full minutes – test on the A-1 Test Stand at NASA’s Stennis Space Center in Mississippi marked another milestone toward launch of NASA’s new Space Launch System (SLS) rocket on its inaugural flight, known as Exploration Mission-1 (EM-1). The SLS rocket, powered by four RS-25 engines firing simultaneously, will provide 2 million pounds of thrust and work in conjunction with a pair of solid rocket boosters. The RS-25 engines for the initial flight are former space shuttle main engines, modified to perform at a higher level and with a new controller. The controller is the key modification to the engines. The component is often cited as the RS-25 “brain” that allows communication between the engine and the rocket. Prior to a flight, engine performance specifications, such as percentage of thrust needed, are programed into the controller. The controller then communicates the specifications and ensures these are being met by monitoring and controlling such factors as propellant mixture ratio and thrust level. Stennis performed an earlier series of tests to gather data for development of the new controller, which is a collaborative effort of NASA, RS-25 prime contractor Aerojet Rocketdyne of Sacramento, Calif. and subcontractor Honeywell of Clearwater, Fla. The first flight controller was tested in March at Stennis for installation on one of the four EM-1 engines. Pending data review from the May 16 test, the second flight controller will be installed on SLS for EM-1. A third flight controller is scheduled for testing in July at Stennis. Tests are conducted by a team of NASA, Aerojet Rocketdyne and Syncom Space Services engineers and operators. Syncom Space Services is the prime contractor for Stennis facilities and operations. 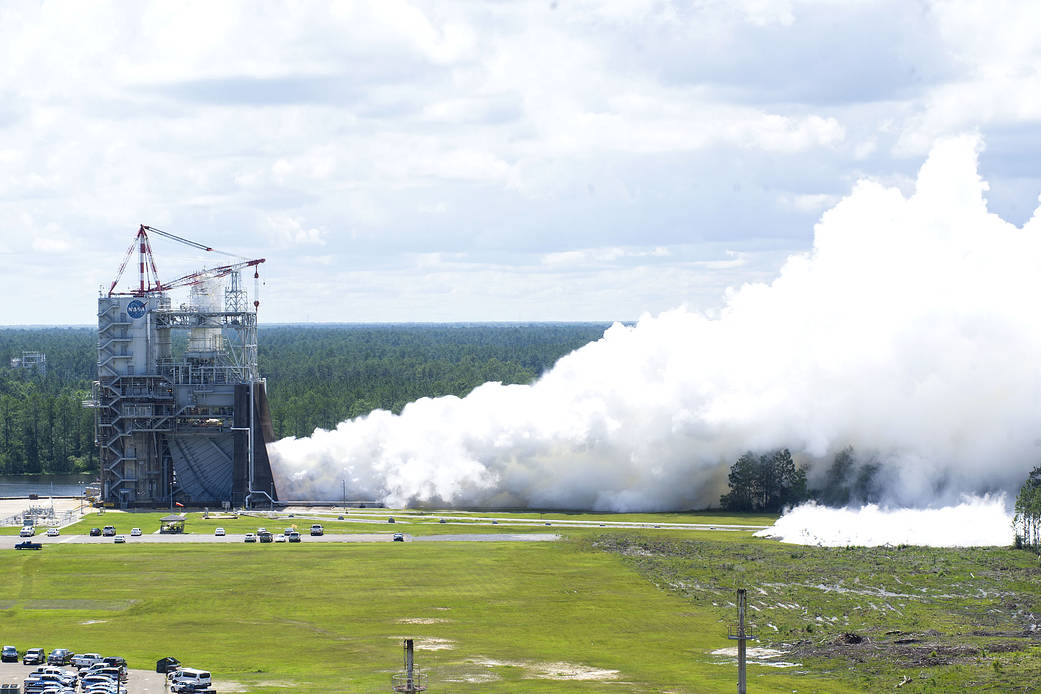