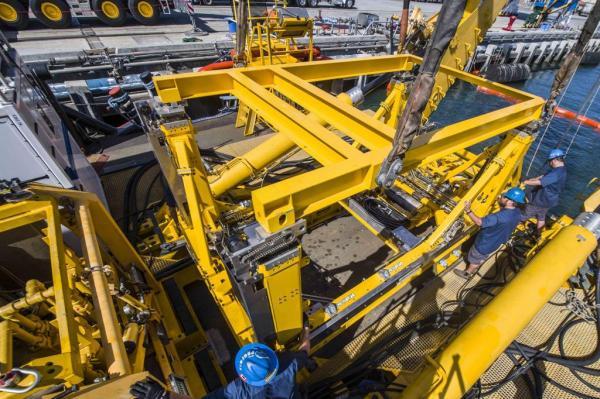 A submarine rescue diving and recompression system has been installed on a Military Sealift Command-chartered merchant vessel by the U.S. Navy.

The SRDRS was installed aboard the HOS Dominator by the Navy’s Undersea Rescue Command and contractor Phoenix Holdings International.

The HOS Dominator is normally used for training by the Navy. Its new rescue system features a transfer under pressure capability, which will enable sailors on a disabled submarine to move safely from a pressurized compartment aboard the submarine to a recompression chamber aboard the rescue ship.

“It’s one of only a handful of mobile rescue systems in the world,” Cmdr. Mark Hazenberg, URC’s commanding officer, said in a press release. “It’s able to be rapidly deployed and can assist in rescues of numerous foreign submarines in addition to our own.”

The SRDRS is the only deep submarine rescue system of the U.S. Navy for recovering crew from a disabled submarine too deep for submarine escape.