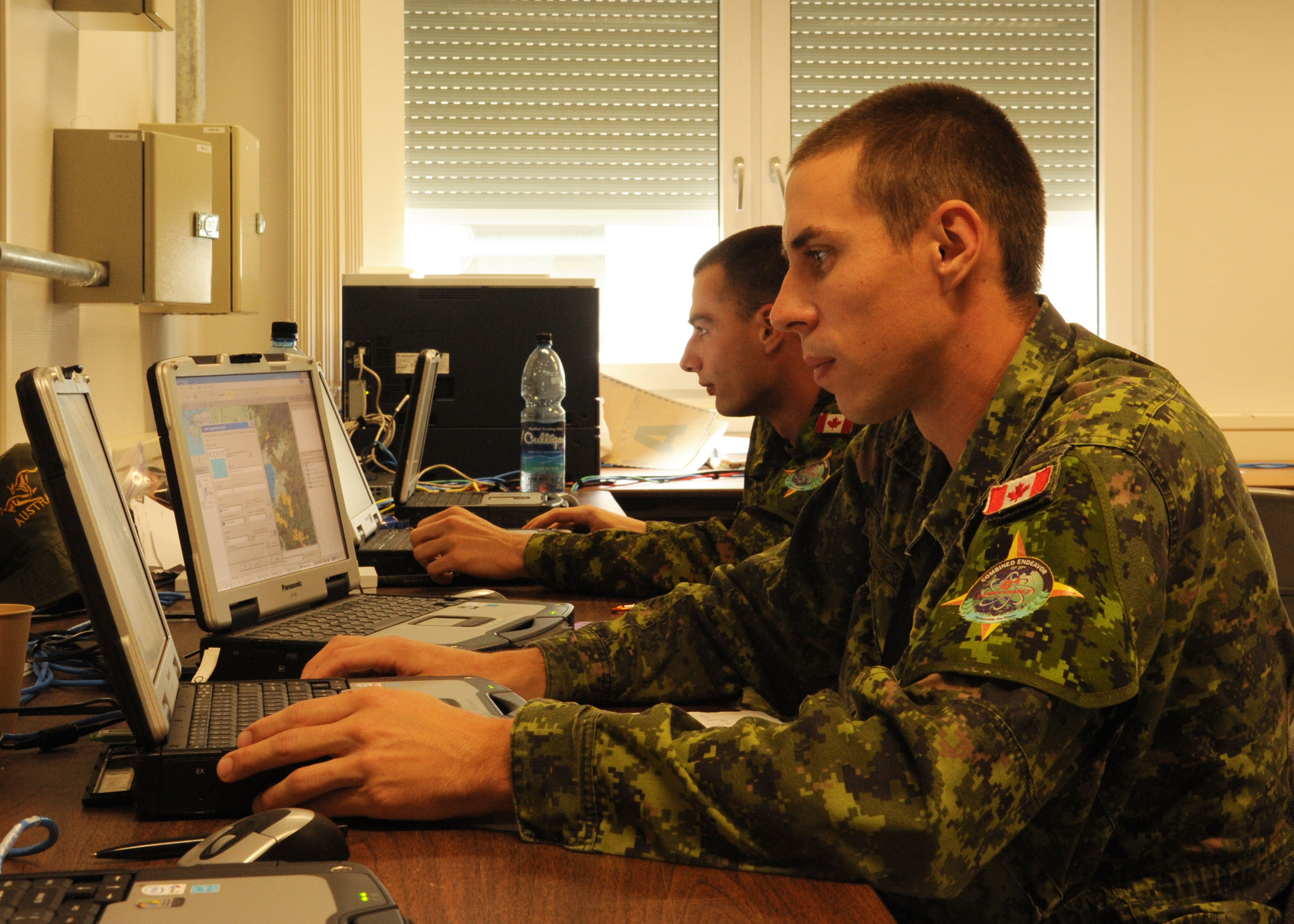 JMRC is the training environment for leaders, staffs and partners and serves as the proving ground for multinational command and control, or C2, interoperability.

One technical solution briefed to military leaders and technology experts, that is also being evaluated by elements at U.S. Army Europe, is an embedded software application known as the Multilateral Interoperability Programme, or MIP, used to mediate between coalition partners’ command and control systems that share locations, graphics and reports.

“We are providing one tool in the coalition interoperability tool box that allows us to share our COP and vice versa,” said Lt. Col. Timothy Gearhart, product manager for Strategic Mission Command, or SMC.

Since 1990, the U.S. Army has not entered any major operations without coalition support, making interoperability a key focus area, Gearhart said. MIP could strengthen the ability for allied countries to collaborate, and share a truly common operating picture.

Serving as the Army’s only tool allowing U.S. C2 systems to interoperate with other nations’ C2 systems, MIP in an automated exchange for users to send and receive COP data between coalition partner systems as well as translate information to U.S. data format and vice versa. The information sharing capabilities MIP supports includes, plans and orders, operational graphics and task organization.

Working with a coalition of 26 nations, NATO and the European Defense Agency, the MIP partnership comes with certain challenges.

“In principle, each nation has agreed to go to the latest version of MIP, but due to budgets, contracting and other government level issues all nations share, many haven’t built their MIP application to the latest standards,” Gearhart said. “However, we still need to operate with these nations; so we are working toward backwards capability with all versions of MIP.”

As a tool to assess readiness, participation in multinational exercises helps to expand the capability of achieving interoperability with allies and partners, by establishing connections across partnering C2 Information Systems, or C2IS, and exercising necessary Tactics, Techniques and Procedures, or TTPs. Large-scale rotational exercises hosted at JMRC are designed to exercise the U.S. Army’s regionally-aligned force for U.S. Army Europe’s area of responsibility and provides a place to train with allies on tactical operational tasks.

Sustained engagement to overcome interoperability challenges among partner nations is often part of the various training exercises hosted at JMRC, with progress continuing to be made.

“Accomplishments include the establishment of MIP gateway connections with partner nations, who were able to resource and connect to the JMRC Mission Network and establish the ability to share mission command data while allowing each nation to utilize their national C2IS,” Gearhart said.

The command post site visit allowed leaders to see units in the field, and gain valuable insight into how U.S. joint and coalition forces can operate more seamlessly.

“It is a truly concerted effort to bring together experts, make great strides in identifying obstacles, and make rapid progress,” said Maj. Andrew Knight, lead planner 7th Army JMRC project officer for multinational interoperability in Granfenwoeher, Germany. “JMRC is a place for U.S. forces, with our allies and partners, to train and practice interoperability daily.”

During the executive-level site visit, leaders and decision makers participated in a brief addressing all aspects of interoperability focused on identifying gaps in communication between forces provided feedback from the multinational exercises.

Up next for MIP is the development of block 4.0, which includes different types of web service exchanges, specific Battle Space Object, or BSO, schema and a representative prototype that will be available as a software development kit for nations to begin their own application. This will be delivered to the MIP Steering Group, or MSG, which includes officers and executives from participating nations in May 2016.

Agile development is key for MIP 4.0, which will deliver a set of specifications within 18-months and incrementally move forward with expanding capabilities with backwards compatibility to previous sets.