How can quantum information be stored as long as possible? An important step forward in the development of quantum memories has been achieved by a research team of TU Wien.

Conventional memories used in today’s computers only differentiate between the bit values 0 and 1. In quantum physics, however, arbitrary superpositions of these two states are possible. Most of the ideas for new quantum technology devices rely on this “Superposition Principle”. One of the main challenges in using such states is that they are usually short-lived. Only for a short period of time can information be read out of quantum memories reliably, after that it is irrecoverable.

A research team at TU Wien has now taken an important step forward in the development of new quantum storage concepts. In cooperation with the Japanese telecommunication giant NTT, the Viennese researchers lead by Johannes Majer are working on quantum memories based on nitrogen atoms and microwaves. The nitrogen atoms have slightly different properties, which quickly leads to the loss of the quantum state. By specifically changing a small portion of the atoms, one can bring the remaining atoms into a new quantum state, with a lifetime enhancement of more than a factor of ten. These results have now been published in the journal Nature Photonics.

“We use synthetic diamonds in which individual nitrogen atoms are implanted”, explains project leader Johannes Majer from the Institute of Atomic and Subatomic Physics of TU Wien. “The quantum state of these nitrogen atoms is coupled with microwaves, resulting in a quantum system in which we store and read information.” 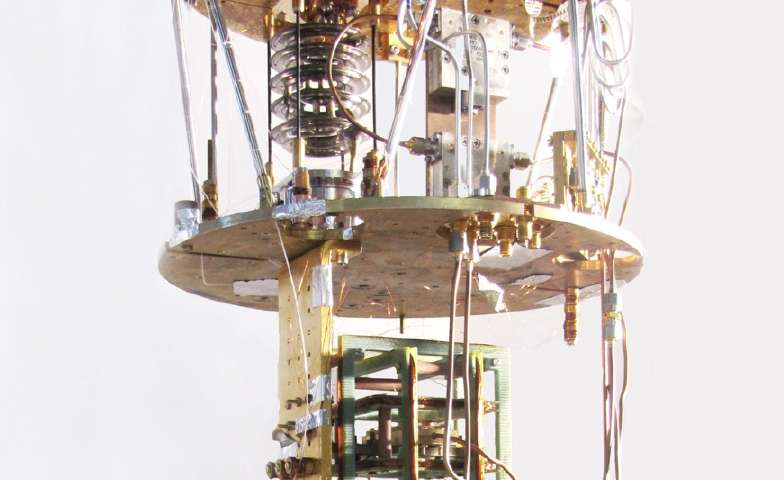 Measurement equipment for the production of durable quantum states. To avoid the influence of thermic noise, the setup is cooled to 20 milli degree (-273.13° Celsius) above the absolute zero point. (Credit: Vienna University of Technology)

However, the storage time in these systems is limited due to the inhomogeneous broadening of the microwave transition in the nitrogen atoms of the diamond crystal. After about half a microsecond, the quantum state can no longer be reliably read out, the actual signal is lost. Johannes Majer and his team used a concept known as “spectral hole burning”, allowing data to be stored in the optical range of inhomogeneously broadened media, and adapted it for supra-conducting quantum circuits and spin quantum memories.

Dmitry Krimer, Benedikt Hartl and Stefan Rotter (Institute of Theoretical Physics, TU Wien) have shown in their theoretical work that such states, which are largely decoupled from the disturbing noise, also exist in these systems. “The trick is to manoeuver the quantum system into these durable states through specific manipulation, with the aim to store information there,” explains Dmitry Krimer.

“The transitions areas in the nitrogen atoms have slightly different energy levels because of the local properties of the not quite perfect diamond crystal”, explains Stefan Putz, the first author of the study, who has since moved from TU Wien to Princeton University. “If you use microwaves to selectively change a few nitrogen atoms that have very specific energies, you can create a “Spectral Hole”. The remaining nitrogen atoms can then be brought into a new quantum state, a so-called “dark state”, in the center of these holes. This state is much more stable and opens up completely new possibilities.”

“Our work is a ‘proof of principle’ – we present a new concept, show that it works, and we want to lay the foundations for further exploration of innovative operational protocols of quantum data,” says Stefan Putz.

With this new method, the lifetime of quantum states of the coupled system of microwaves and nitrogen atoms increased by more than one order of magnitude to about five microseconds. This is still not a great deal in the standard of everyday life, but in this case it is sufficient for important quantum-technological applications. “The advantage of our system is that one can write and read quantum information within nanoseconds,” explains Johannes Majer. “A large number of working steps are therefore possible in microseconds, in which the system remains stable.”