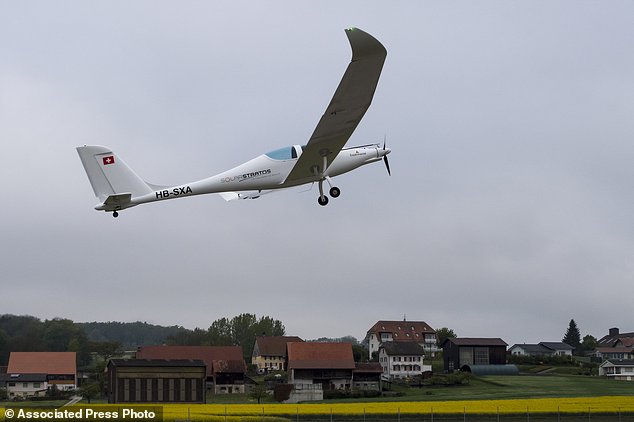 A group of Swiss adventurers say they have completed the first test flight of a new solar-powered airplane they hope will eventually reach the edge of space.

The maiden flight took place at the Payerne airfield in western Switzerland where another experimental plane, Solar Impulse, performed many of its test flights before successfully circumnavigating the globe last year.

SolarStratos project head Raphael Domjan circled the globe in a solar-powered catamaran in 2012. He aims to take the 82-foot (25-meter) wide two-seater plane covered in solar panels to an altitude of over 80,000 feet (24,384 meters) by 2019.