For the third consecutive year, leading electronics distributor Newark element14 is donating components and tools to help Team Ursa Major from Hammond High School in Columbia, Md. enter into the FIRST® Robotics Competition (FRC®). This year’s competition, titled “Ultimate AscentSM,” is a robotics disc game similar to soccer, with robots scoring goals both with and without operating inputs from the teams. The match ends with robots attempting to climb as high as possible up pyramids in the center of the field.

The team has only six weeks to design, build, program, and test their robots before competing in a series of regional and district competitions that will lead to final championship playoffs.

The FIRST (For Inspiration and Recognition of Science and Technology) Competition was started in 1989 by well-known inventor Dean Kamen to motivate and encourage students to learn leadership skills and pursue opportunities in science, technology and engineering. 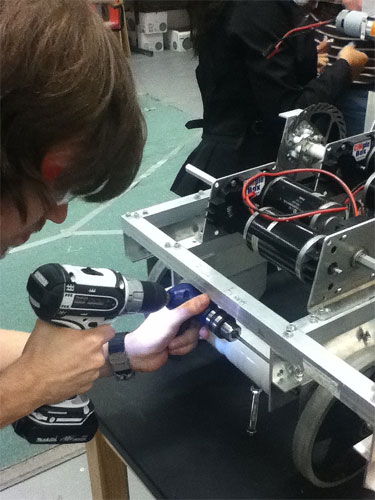 Aspiring engineers are also invited to share their thoughts on why it’s great to become an engineer for an opportunity to win a Raspberry Pi bundle. The blogging contest is part of Newark element14’s month long celebration saluting future and professional engineers, which also includes a new educational Engineering 101 webinar series presented free by top suppliers. Registration is now open for the first webinar, featuring Fluke’s introduction to wireless remote connectivity on February 27at 1pm CST.


Filed Under: The Robot Report
Tagged With: newarkelement14