Testing tools and technologies for refueling and repairing satellites in orbit won’t be the only demonstration taking place aboard the International Space Station during NASA’s next Robotic Refueling Mission 3, or RRM3.

An advanced, highly compact thermal camera that traces its heritage to one now flying on NASA’s Landsat 8 has been mounted in a corner of the RRM3 payload and from that position will image and videotape Earth’s surface below once the SpaceX Dragon resupply vehicle delivers the payload to the orbiting outpost in November.

CTI will also measure the transfer of water from soil and plants into the atmosphere — important measurements for understanding plant growth. Many of the conditions that Earth scientists study, including these, are easily detected in the infrared or thermal wavelength bands. 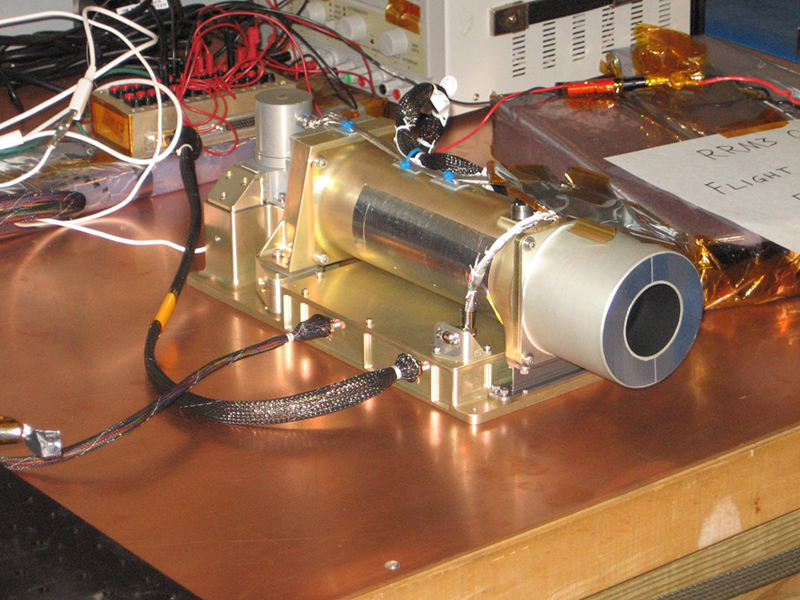 This image shows the advanced detector technology that will be demonstrated on NASA’s upcoming robotic servicing demonstration mission. CREDIT NASA

In addition to being very small, measuring nearly 16 inches long and six inches tall, SLS consumes little power, operates at liquid-nitrogen temperatures, is easily fabricated in a high-technology environment, and is inexpensive “almost to the point of being disposable,” said Murzy Jhabvala, a detector engineer at NASA’s Goddard Space Flight Center in Greenbelt, Maryland. Jhabvala collaborated with his industry partner, the New Hampshire-based QmagiQ, to develop the SLS detector assembly.

The detector technology is also quickly and easily customized for different applications, he added. The Goddard Detector Development Laboratory, for example, recently fabricated a 1,024 x 1,024-pixel SLS array and plans to increase its size to 2,048 x 2,048 pixels in the very near future.

Another enabling technology that CTI and its SLS detectors will employ is the Goddard-developed SpaceCube 2.0, a powerful hybrid computing system that will control the instrument and process the images and video that it takes while in orbit.

The demonstration’s goal, Jhabvala said, is to raise SLS’s technology-readiness level to nine — or TRL-9 — meaning that it has flown in space and has demonstrated that it operates well under the extreme environmental conditions found in space. “This is a very important technology milestone,” Jhabvala said. “We needed this mission. When we demonstrate our detector array, multiple copies can be made, assembled, and aligned into focal plane arrays that would allow us to image large swaths of Earth’s surface from space in the future.”

SLS is based on the Quantum Well Infrared Photodetector, or QWIP, technology that Jhabvala and his government and industry collaborators spent more than two decades refining. The QWIP detectors are now operating on Landsat 8 and will be flying on the upcoming Landsat 9 Thermal Infrared Sensor Instrument, which Goddard scientists built to monitor the ebb and flow of land-surface levels and the health of vegetation — data that western states use to monitor water consumption.

Like its QWIP predecessor, SLS is a large-format detector. The arrays are fabricated on a semiconductor wafer. The wafer’s surface consists of hundreds of alternating, very thin layers of differing materials that are epitaxially grown and tuned to absorb infrared photons and convert them into electrons — the fundamental particles that carry an electric current. Only light with a specific energy, or wavelength, can release the electrons. A read-out chip directly mated to the array then converts the electrons to a voltage that a computer uses to recreate an image of the infrared source. The CTI can also capture video from its orbit nearly 249 miles above Earth’s surface.

The increase in operating temperature will have multiple positive effects on future missions, Jhabvala said.

Infrared radiation is sensed as heat. Therefore, detectors designed to measure infrared wavelengths must be cooled to prevent heat generated inside an instrument or spacecraft from contaminating the measurements of the object being observed. That’s why engineers use cryocoolers and other devices to keep the detector arrays and other critical instrument components as cold as necessary.

Because Jhabvala and his team have created an array that can operate at warmer temperatures, its cooling system is smaller and consumes less power. In the future, these attributes will lead to smaller satellites, increased longevity, shorter build cycles, and a lower cost, Jhabvala said.

Just a few months before the RRM3 launch, Jhabvala reflected on the evolution of his photodetector technology and collaboration with QmagiQ, which has received NASA Small Business Innovation Research grants to create the technology that the CTI team then ruggedized for use in space. “Together, with this company, we have made some outstanding achievements over the years,” Jhabvala said. “Our on-going collaboration has yielded some truly extraordinary returns for NASA and the U.S. government. I give QmagiQ and NASA a lot of credit.” 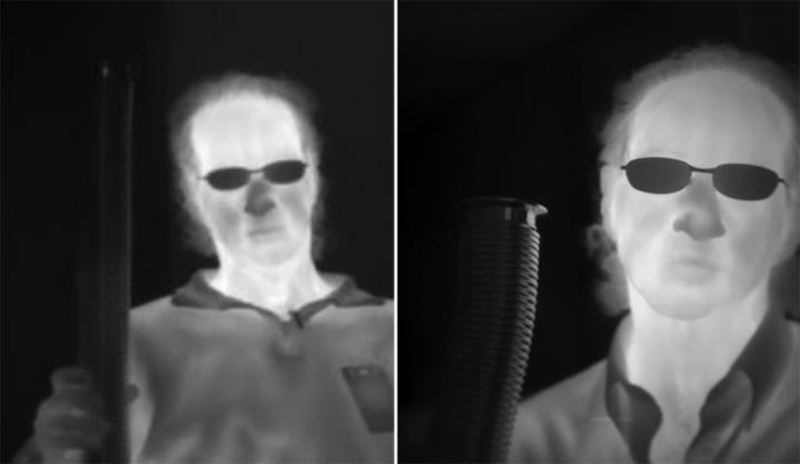 The image on the right shows the improved resolution of the Strained-Layer Superlattice, or SLS, detector array as compared with that of the Quantum Well Infrared Photodetector technology at left. CREDIT NASA