For five years, NASA’s Curiosity rover has been traversing the Martian surface in search for signs of life. This is perhaps NASA’s most significant Mars mission, and the data they’re collecting will provide them with invaluable insight on the red planet’s history. NASA hasn’t stopped there, and is preparing to send another rover to the Red Planet in 2020.

Details on the 2020 rover’s design have become publically available, and NASA didn’t fail to impress. The 2020 rover obviously has some notable distinctions from its predecessor that should make the craft a stronger, more durable, and efficient vehicle. Both rovers are essentially equivalent in terms of dimensions, with their length, width, and height either the same or different by .1 meters. While the curiosity rover weighs roughly 2000 lbs (one ton), its successor weighs over 2300 lbs (15 percent heavier), which can mainly be attributed to the craft’s additional features.

One of the biggest differences between the 2020 Rover and its predecessor is its large robotic limb. Mars 2020 will focus on collecting rock cores and reserve those samples for potential future studies. The 2020 rover will also study collected samples onsite with its built-in onboard laboratory. In addition, the 2020 rover’s robotic arm is equipped with a larger hand/turret, a coring drill containing two science instruments, along with a color camera for close-up surface inspections and “selfies” for engineering health checkups.

To further aid the rover’s efforts in collecting samples, the 2020’s internal workspace has become fully dedicated to extracting, moving, and managing drill bits along with sample tubes for the caching systems. These specialized movements will be driven by new motors. The rover’s motor controller electronics have been modified from the Curiosity’s design to accommodate these additions.

The Mars 2020 research team is also developing new software to run on the rover that will receive periodic updates throughout its upcoming mission. Aside from its extensive sampling operations, the Mars 2020 rover better manages its daily activities to balance its on-site science measurements, in addition to gathering samples for possible future analysis. Driving software for the 2020 rover (commonly referred to as its “brains”) was altered to give the craft greater autonomy than its predecessor. This will enable the 2020 rover to cover greater ground without the constant consultation of Earth-based controllers.

Engineers also added a “simple planner” to the rover’s flight software. This feature will further compliment the craft’s independent capabilities by enabling more effective autonomous usage of electrical power, along with utilizing other resources and accessories. This also allows the 2020 Rover to shift time for some of its activities, taking advantage of openings in its daily operations schedule.

Another noteworthy difference between the Curiosity and 2020 Rover is its wheels. Engineers working on the 2020 Rover redesigned the craft’s wheels to be more robust and mitigate the effects of wear and tear that its predecessor endured. Wheels on the Mars 2020 Rover are narrower but bigger in diameter, and composed of thicker aluminum. Overall, the combination of a larger instrument suite, new sampling and caching system, along with the modified wheels, this helps explain why the 2020 Rover is significantly heavier than its predecessor. 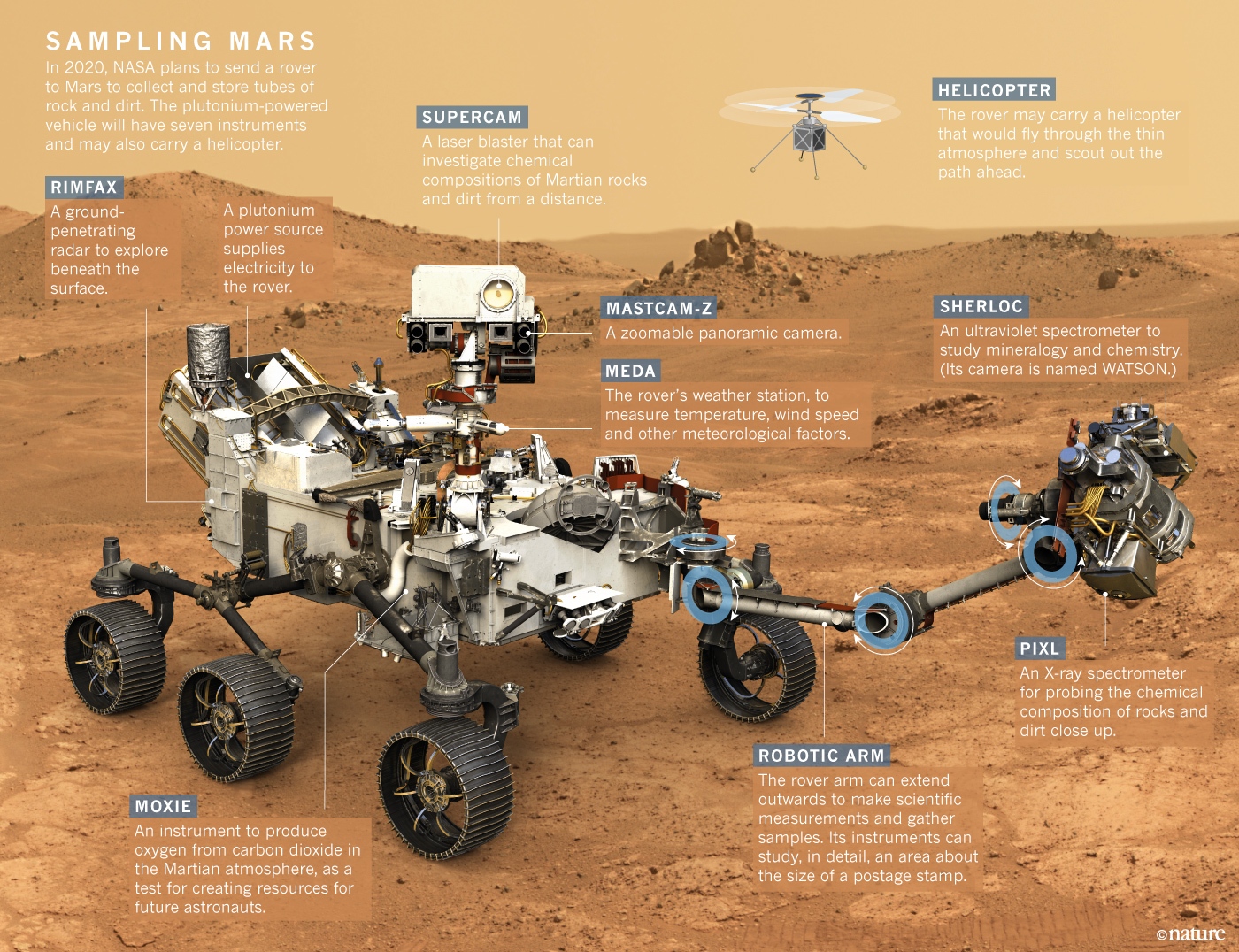