X Series DAQ devices, which include up to 32 analog inputs (AI), four analog outputs (AO), 48 digital I/O lines and four counters, range from low-cost 250 kS/s multiplexed AI to 2 MS/s simultaneous sampling AI. Simultaneous X Series devices integrate up to 16 ADCs on a single device at 2 MS/s per channel, so engineers can sample all AI channels at a high rate and with minimal phase offset. With high sampling on all channels, simultaneous X Series devices pass large quantities of data back to the host PC, delivering a total AI throughput of up to 64 MB/s. With the added throughput of AO, digital I/O and counter operations, total throughput can surpass 100 MB/s for a single device — the practical maximum of the PCI bus. For this reason, X Series devices use the high-throughput PCI Express bus.

PCI Express offers several benefits to data acquisition applications, including dedicated bandwidth to each device of up to 250 MB/s in each direction. With this additional bandwidth, users can acquire larger quantities of analog, digital and counter data and, with the dedicated nature of the bus, engineers can easily expand their systems to include multiple data acquisition devices. The new X Series devices integrate a native PCI Express interface, which is designed to provide the full 250 MB/s of PCI Express bandwidth, as opposed to a PCI-to-PCI Express bridge interface, which limits the device bandwidth to that of the PCI bus. These devices also are optimized for low-latency I/O, which improves performance in control and single-point applications.

By using the multithreaded NI-DAQmx driver software and NI LabVIEW graphical programming, engineers can easily create applications that execute on multicore processors for higher performance and more advanced analysis and data visualization. LabVIEW automatically generates threads for parallel sections of code that correspond to different streams of data, so engineers with little or no programming background can spend more time problem solving and less time programming the low-level implementation of their applications. They can easily synchronize two or more X Series devices with new multidevice tasks and can rapidly log the acquired data to disk by adding a single new Configure Logging function to their NI-DAQmx code. In addition, engineers can easily incorporate X Series devices into an existing data acquisition system because X Series devices use the same NI-DAQmx driver software and I/O connector as previous-generation devices. 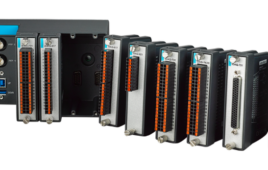 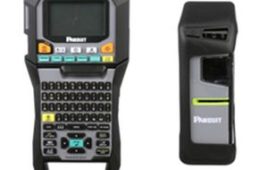