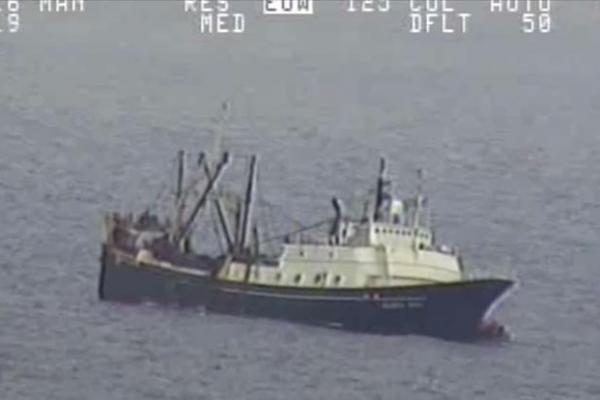 NOAA satellites are part of the tracking system known as COSPAS-SARSAT, an international conglomerate of search and rescue satellites designed to pick up distress signals and pinpoint their location.

Signals can be emitted by boats using an emergency position-indicating radiobeacon station, or EPIRB, while civilian aircraft send signals via emergency locator transmitters, or ELTs. A handheld device called a personal location beacon, or PLB, can also emit a trackable emergency signal.

In July, the U.S. Coast Guard received a EPIRB signal originating from the Bering Sea. Forty-six crew members had abandoned ship after their commercial fishing boat, the Alaska Juris, began taking on water. The entire crew was rescue from their life rafts by the Coast Guard and nearby good samaritan vessels.

According to the NOAA, it was the largest single rescue in or around the United States aided by the COSPAS-SARSAT system and its NOAA satellites.

Though most rescues happened on the water, NOAA satellites also helped emergency responders on land and in the air. ELT and PLB signals helped official track and rescue pilots ejected from their planes midair, as well as lost hikers. A map on NOAA’s website showcases all of the 2016 rescue efforts executed with the help of the agency’s satellites.

“On any given day, at any given time, NOAA satellites can play a direct role in saving lives,” Chris O’Connors, NOAA SARSAT program manager, said in a news release. “These rescues underscore SARSAT’s true value.”