In olden times when there were no such things as cell phones, Uncle Sam regulated the phone system. Phone companies charged their customers for every handset attached to the lines and used time-domain reflectometery to check phone lines for illegal handsets. Thus began a ritual of sorts among EE students rooming in apartments back then: Shortly after learning about time-domain reflectometry, future EEs would also find out about the technique’s use by the phone company. They would almost immediately add new handsets in their apartments after disconnecting the ringers to render the instruments invisible to phone technicians.

This kind of petty larceny ended during a wave of deregulation in the late 1970s. But it didn’t 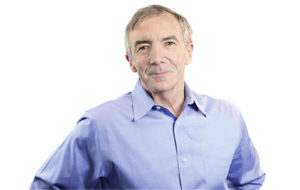 happen everywhere. Some countries actively slowed the adoption of mobile phones, for example, under pressure from their fixed landline monopolies. Sweden is a classic example. Though it is now the home of Ericsson, one of the world’s largest makers of wireless telecom network gear, Sweden had banned private ownership of phones as recently as the 1980s.

It’s safe to say the deregulation wave made possible several innovations that have become an important part of world commerce. To cite just one, the services that FedEx now provides only became practical after transport regulations were dropped in 1977. In the 20 years prior, the U.S. Civil Aeronautics Board had refused to allow new cargo carriers and even prevented existing carriers from expanding.

Today it is hard to imagine life without a FedEx. Unfortunately, those days of deregulation and the resulting innovation look to be over. Rather than taking down regulatory barriers, the trend is to erect them when a truly innovative idea rears its ugly head.

Consider the case of ridesharing services such as Uber and Lyft. We may one-day have a hard time imagining a world without ridesharing. Yet this idea has been all but banned in some countries and drivers who offer rides in certain U.S. locales are still subject to arrest. Ditto for the drone delivery service envisioned by Amazon chief Jeff Bezos. Once the first delivery drone prototype flew, the Federal Aviation Administration was quick to enact a regulation forbidding operators from flying drones that left their line of sight.

Regulatory reach extends even to occupations that don’t seem to need regulating. On TV, Jimmy Kimmel Live! has a recurring bit called “Unnecessary Censorship” where innocuous words are bleeped out for comic effect. The much less funny version of this routine is run by governments and could be dubbed “Unnecessary Licensing.” In 2007, Texas enacted legislation requiring computer repair techs to obtain private investigator licenses for work that might potentially bring them in contact with customer data. Monks in Louisiana had to go to court a few years ago to keep the right to sell their handcrafted caskets without a license. If you want to do manicures in Alabama, you’ll need to take a National Nail Technician/Manicurist exam after you complete hundreds of hours of “training.”

Dubious occupational licenses make it more expensive to get into businesses like making coffins. But they also send a message that would-be innovators should look elsewhere for more promising areas.

There is more than just anecdotal evidence to the idea of an up tick in regulatory shenanigans. A Canadian public policy think tank called the Fraser Institute annually produces an Economic Freedom index ranking countries by economic freedom. In recent years, the U.S. has been falling on Fraser’s Index of Regulatory Freedom thanks to more stringent regulations.

It’s easy to summarize the reason why: Politicians and business leaders regularly claim they want to promote innovation – until they discover whose ox will be gored in the process.