Three tech disruptions for the future

Kevin Surace of Appvance spoke at the NFPA’s recent Industry and Economic Outlook Conference, about how some technology disruptions will change the world drastically in the coming years. Here are three changes to watch.

1. Automation is going to make our jobs irrelevant. So much of our psyche is embroiled in our jobs. What’s the first thing you do when you meet a new person? You ask their name, followed quickly by, “What do you do?”
Surace says that by 2050, 80% of all of today’s tasks will be automated. Automation has been slowly taking away the routine occupations and bringing in more non-routine occupations. That’s because the non-routine ones are harder to automate, while the routine ones are easier to automate. It’s happened from windmills to industrial robots to ATM machines.

“Technology is driving down costs, and has been driving down costs for a long time,” Surace said. “But once we had the advent of the smartphone, we began to drive down costs of certain key components like we’ve never seen before—because all of a sudden, there was a consumer product that would sell over a billion units. Those numbers are staggering. We’ve never had a consumer product that sold to two billion people. Many consumer products would sell a million or two million pieces a year, which was big—like a clock radio—but nobody ever had something like this. Hence, the cost drivers to drive down certain items has been remarkable.”

This type of pressure to cheapen and shrink key components is evident in gyroscopes. 70 years ago, they were large, bulky objects the size of a microwave. Today, they can sit on top of a quarter and likely cost less than the quarter itself.

2. Artiﬁcial intelligence is really coming
In the late 1990s, it cost real money to move data one megabit per second. Today, it certainly doesn’t—in fact, it costs basically nothing to get that kind of speed out of the Internet. Most people have it in their homes, and don’t even think about it.

“The cost per million instructions per second went from something like a trillion dollars to a trillionth of a dollar,” he said. “This is incredible. In fact, we’ve never seen anything like it. All of this has led to really interesting things happening in the AI space, in the machine intelligence space, and in the deep learning space.”

Deep learning involves computer systems trying something—playing a game, testing a way to achieve something—over and over and over. The developed neural nets now can be hundreds of millions or arguably billions of pieces of information.

“AI for the first time is true machine learning, where a machine can learn for itself with virtually no help. We just have to teach it how to play a game once and it will get better and better and better at it,” Surace said. “In May 2017, Google AI created a better AI neural net than humans can. They said, ‘What would happen if we trained our AI to create these neural nets, and keep creating better and better neural nets?’ Now, AI creates better versions of AI than we can create of AI. That’s a little spooky.”

Surace noted that bots are a whole new platform. In fact, bots can now replace humans in customer service.

“Before the bot responds, it will analyze millions of other responses from your competitors, and then responds with the one that got the best response from the audience. Why would you ever put a human on [a customer service line]?” he asked.

“We’re about to encroach on a time where the AI and the robotics and the automation goes well beyond the average human intelligence.”

3. Driverless cars … and driverless everything else
“If you’re in Silicon Valley, driverless vehicles are on all the roads. They’re everywhere … they’re legal. There is a human riding in it right now, making sure that they can take it over. But nevertheless, they rarely have to take over. In fact, in all of Google’s research, they found the most dangerous thing that can happen in a driverless vehicle is asking the driver to take over,” Surace said.

The modern car has about a hundred million lines of code in it. But the driverless vehicle is now approaching a billion lines of software. It’s basically becoming a computer on wheels.

“In a driverless world, we might need 92% fewer vehicles, he said. “Where is your car right now? Is it running or is it parked? It’s probably parked. It’s probably doing nothing. It turns out your cars do nothing 92% of the time. We don’t really want to pay for assets that do nothing.”

If driverless vehicles truly become on-demand, Surace said we simply won’t buy any cars. We won’t need taxi drivers. We’ll reduce assets. He predicts that human driving will be outlawed in some cities in a handful of years, based on how much safer autonomous vehicles are.

“If there are 92% less vehicles, and the only vehicles that are on the road are owned by very large corporations that have Lloyds of London backing them, you don’t have a lot
of auto insurance to put out there, do you?” he asked. “This is when we start to think about how things are going to be impacted. Already, the insurance industry as a whole is trying to automate where people will be able to take a picture of their accident, upload it, and a whole set of systems will automatically evaluate that and transfer money to your bank account or not, because that makes a lot of sense rather than spending $350 to process a claim.” 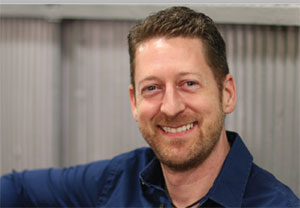 Surace said that U.S. long-haul truck drivers will disappear; Tesla is working on an automated long-haul truck. He claims that a cross-country with a driverless vehicle will get there in half the time and will be half the price.

“The average U.S. household will save $5,600 a year going driverless on-demand,” he said.

But ethical questions will remain. Surace joked that systems would be programmed to favor the lives of a vehicle’s occupants over the lives of pedestrians. Why?

“Because if any car company says, ‘Number one, I’m going to kill you, instead of someone on the street,’ no one’s going to get in that car.”