Olympians who were abused by former USA Gymnastics team doctor Larry Nassar spoke in support of legislation Monday that would make California the first state to require doctors to tell their patients if they are on probation for wrongdoing, including sexual misconduct.

“Every effort must be made to make sure patients have every piece of information that is vital to their health and safety,” Jordyn Wieber, who won a gold medal in gymnastics at the 2012 Olympics, told reporters at the California Capitol.

The measure could help protect women from being abused by doctors, said Wieber, who was joined by gymnast and 2000 Olympic bronze medalist Jamie Dantzscher, several other female athletes and other women who say they have been sexually abused by doctors.

Patients can find information online about which doctors are on probation if they know where to look. The measure from Democratic state Sen. Jerry Hill would force doctors to tell patients about their probation status and the basic details of its terms.

It comes after Nassar, a former sports doctor who worked for Michigan State University and USA Gymnastics, the organization responsible for training Olympians, was sentenced this year to decades in prison. He has admitted sexually abusing women and girls under the guise of medical treatment. 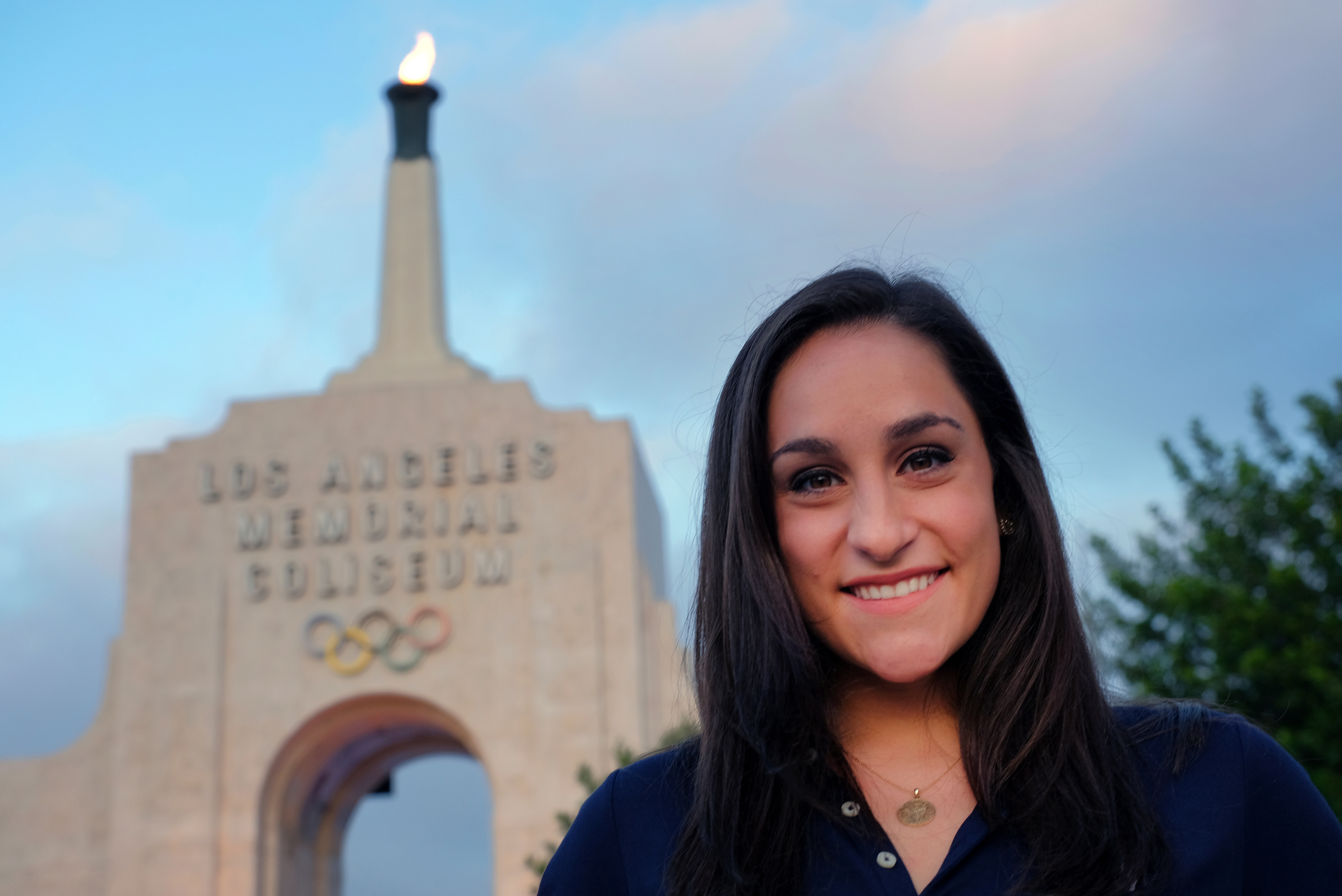 In this Sept. 13, 2017 file photo, former U.S. Women’s Gymnastics team member Jordyn Wieber talks during an interview at the Los Angeles Memorial Coliseum. Olympians who were abused by former USA Gymnastics doctor Larry Nassar are supporting legislation that would make California the first state to require doctors to tell their patients if they are on probation. Olympic gold medalist Jordyn Wieber said Monday, April 9, 2018, the measure could help protect women from abuse. (AP Photo/Richard Vogel, File)

Hill pointed to the increased attention around sexual misconduct from the #MeToo movement in advocating for the measure that has not yet been heard by a committee.

Versions of the proposal have failed twice before. It died in the Assembly last year after Hill refused to support changes he said eviscerated the reporting requirements. The previous year, it failed in the Senate.

The California Medical Association has opposed past versions, arguing it would be unfair and overly burdensome on doctors’ time. Hill criticized the group’s opposition Monday.

“This is another unfortunate attempt by Senator Hill to score political points and collect headlines through unscrupulous attacks on the medical profession,” group President Theodore M. Mazer said in a statement. The California Medical Association “has long been dedicated to real solutions that properly investigate and remove bad actors from our profession.”

On average, 124 doctors are placed on probation every year in California for misconduct such as sexual assault or serious medical errors, Hill said. He cited several California doctors on probation for touching patients’ genitals after they came in for unrelated ailments.

“Currently, doctors have to notify their insurer, their hospital or clinic about their probation status, but patients receive no notice,” the Silicon Valley Democrat said. “They are left in the dark and susceptible to future abuse.”

Tiffany Thomas Lopez said Nassar had already been reported to Michigan State University officials by the time she began playing softball for the school but that the complaints had been ignored and she was never told.

She said legislation like Hill’s that require more disclosure of misconduct could have helped people like her.

“Bills like this could have helped save so many of our sister survivors,” said Jeanette Antolin, a former member of the U.S. gymnastics team. “We should be doing everything in our power to make sure people feel safe going to the doctor.”