3D printing has become a powerful tool for engineers and designers, allowing them to do “rapid prototyping” by creating a physical copy of a proposed design.

But what if you decide to make changes? You may have to go back, change the design and print the whole thing again, perhaps more than once.

So Cornell researchers have come up with an interactive prototyping system that prints what you are designing as you design it; the designer can pause anywhere in the process to test, measure and, if necessary, make changes that will be added to the physical model still in the printer. 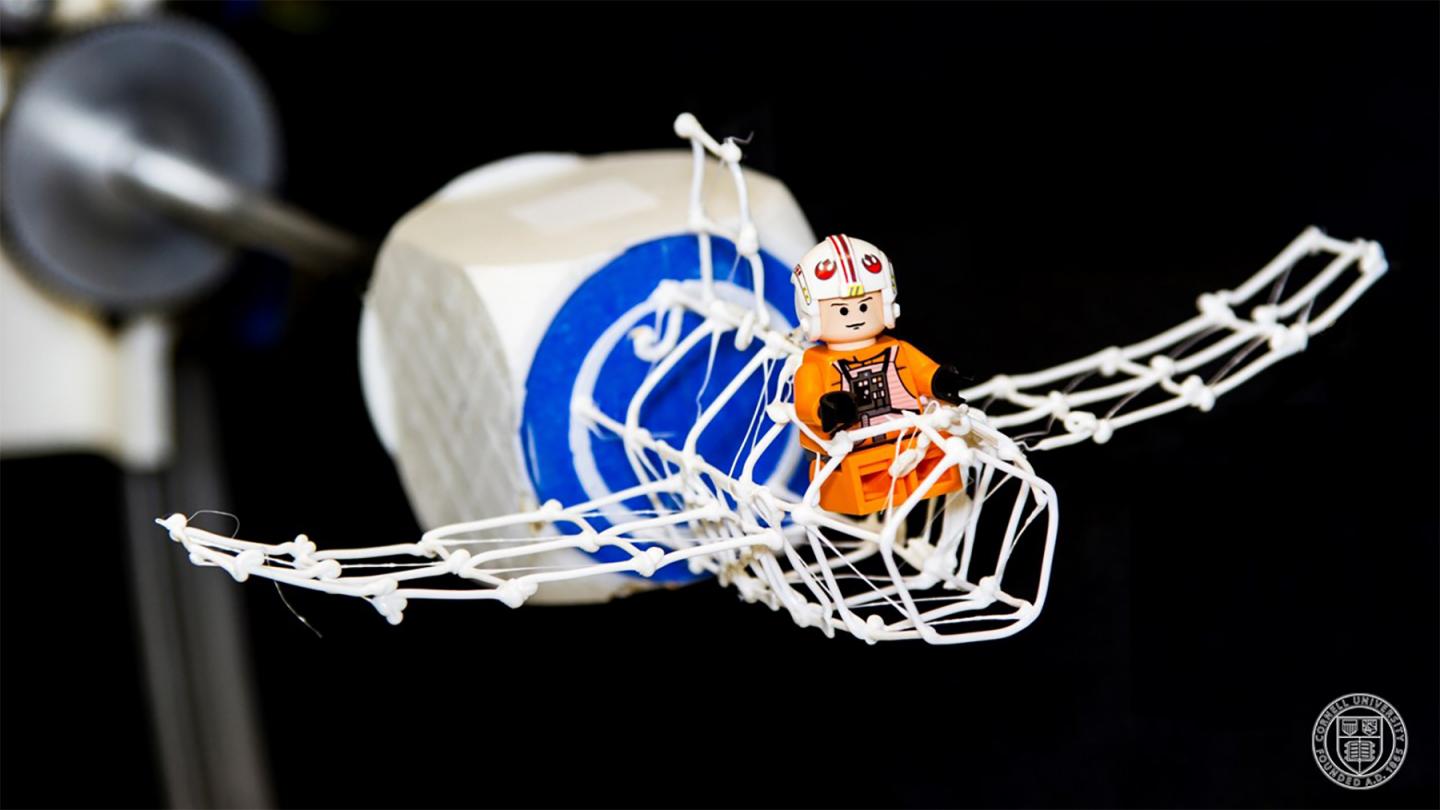 This wire frame prototype of a toy aircraft was printed in just 10 minutes, including testing for correct fit, and modified during printing to create the cockpit. The file was updated in the process, and could be used to print a finished model. Image credit: Cornell University

Their system uses an improved version of an innovative “WirePrint” printer developed in a collaboration between Guimbretière’s lab and the Hasso Platner Institute in Potsdam, Germany.

In conventional 3D printing, a nozzle scans across a stage depositing drops of plastic, rising slightly after each pass to build an object in a series of layers.

With the WirePrint technique the nozzle extrudes a rope of quick-hardening plastic to create a wire frame that represents the surface of the solid object described in a computer-aided design (CAD) file.

WirePrint aimed to speed prototyping by creating a model of the shape of an object instead of printing the entire solid. The On-the-Fly-Print system builds on that idea by allowing the designer to make refinements while printing is in progress.

The new version of the printer has “five degrees of freedom.” The nozzle can only work vertically, but the printer’s stage can be rotated to present any face of the model facing up; so an airplane fuselage, for example, can be turned on its side to add a wing. There is also a cutter to remove parts of the model, say to give the airplane a cockpit.

The nozzle has been extended so it can reach through the wire mesh to make changes inside. A removable base aligned by magnets allows the operator to take the model out of the printer to measure or test to see if it fits where it’s supposed to go, then replace it in the precise original location to resume printing.

The software – a plug-in to a popular CAD program – designs the wire frame and sends instructions to the printer, allowing for interruptions. The designer can concentrate on the digital model and let the software control the printer. Printing can continue while the designer works on the CAD file, but will resume when that work is done, incorporating the changes into the print.

As a demonstration the researchers created a model for a toy airplane to fit into a Lego airport set. This required adding wings, cutting out a cockpit for a Lego pilot and frequently removing the model to see if the wingspan is right to fit on the runway. The entire project was completed in just 10 minutes.

By creating a “low-fidelity sketch” of what the finished product will look like and allowing the designer to redraw it as it develops, the researchers said, “We believe that this approach has the potential to improve the overall quality of the design process.”