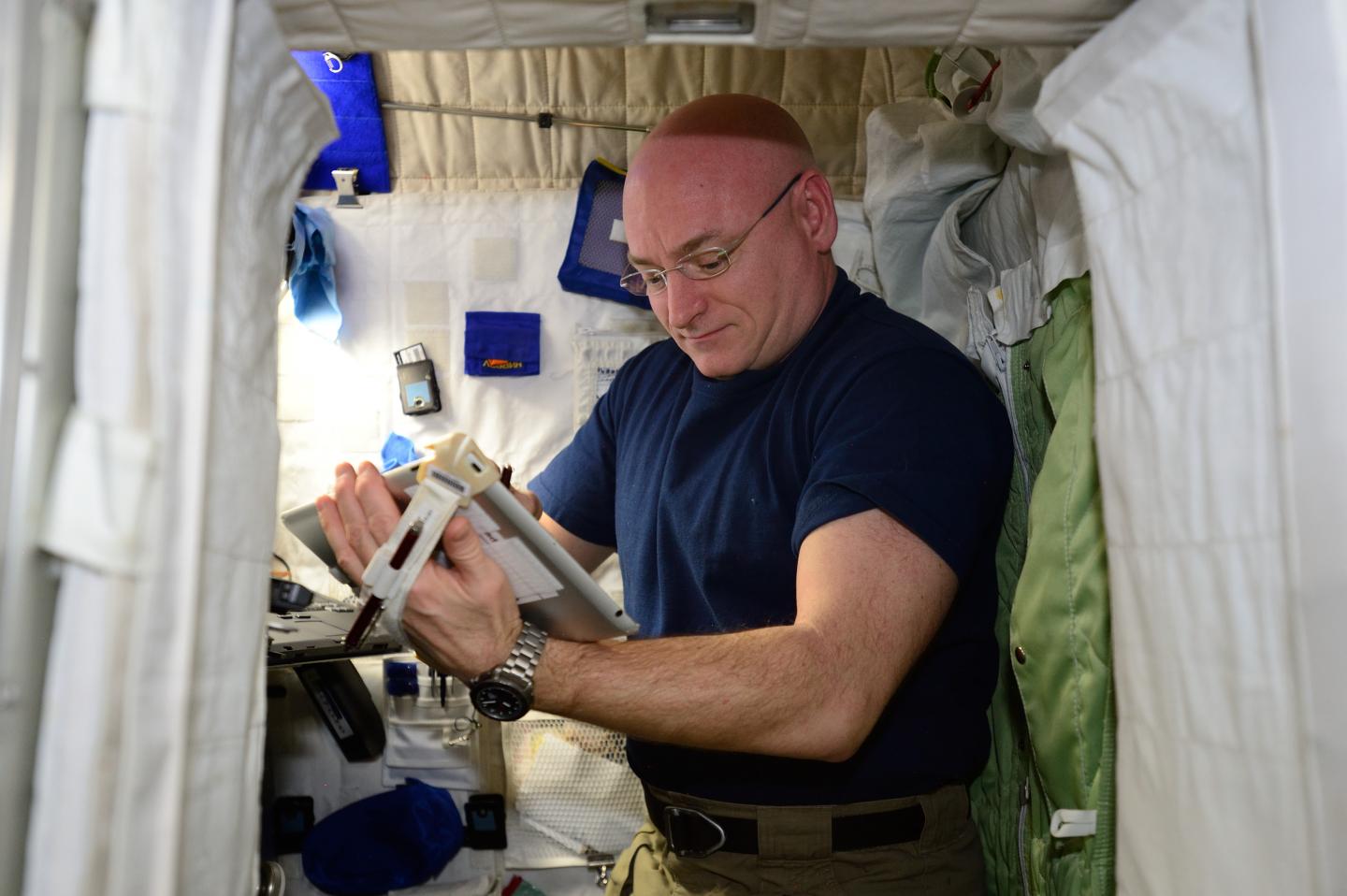 Preliminary research results for the NASA One-Year Mission debuted last week at an annual NASA conference. Last March, two men landed back on Earth after having spent nearly one year in space. NASA and Roscosmos, the Russian space agency, teamed up for an unprecedented One-Year Mission. One crewmember from each agency lived on the International Space Station for almost one year.

NASA’s Human Research Program’s annual Investigators’ Workshop which was held in Galveston, Texas the week of January 23, provided an opportunity for researchers to release early findings for the One-Year Mission study. Only preliminary findings were released. Additional research analysis is in process.

Jacob Bloomberg presented results on the Functional Task Test, which gauges the astronauts’ ability to perform tasks that they would be expected to do after landing on Mars. The tests found the crew had the greatest difficulties with performing tasks that demanded postural control and stability and muscle dexterity. However, most other measures did not show substantial differences between six-months and one-year flight duration changes. More subjects are needed for testing to confirm these results.

Millard Reschke and Inessa Kozlovskaya conducted the Field Test Investigation which tests postflight recovery times. The tests found that the two subjects had vastly different performance and recovery, despite spending equal time in space. These differences may be explained by their level of preflight training and experience. This finding suggests that a focus on training that engages with the Earth’s gravitational field is beneficial.

Michael Stenger is looking at Visual Impairment and Intracranial Pressure (VIIP). Some space station astronauts have reported vision problems postflight. The cause is not currently known. One crewmembers had “VIIP” findings, including optic disc edema, choroidal folds and refractive error changes, while the other one-year mission crewmember did not. Several cardiovascular parameters, which were different between the two subjects, may be related to ocular outcomes, but more investigation is needed.

Kritina Holden’s investigation focuses on performance changes in Fine Motor Skills that might result from long-duration microgravity – particularly changes that might impact a future crew’s ability to perform accurately with computer-based devices once they transition to a planetary surface. The study, conducted on an Apple iPad, includes four types of fine motor tasks: pointing, dragging, shape tracing, and pinch-rotate. Preliminary results indicate that there are both accuracy and reaction time decrements during gravitational transitions.

Laura Barger researches Sleep-Wake Cycles in space station crewmembers. Her study found that the average sleep duration of the one-year crew was one hour longer than the nightly sleep duration of shorter station missions from 2004-2011 (7.1 hours versus 6.1 hours). Several factors may have improved their sleep including improved scheduling, less work shift changes and a lightened work load since the ISS construction is complete. Barger suggests sleep should continue to be evaluated on future one-year missions because two subjects do not provide enough data for confident predictions about sleep.

Through further research by integrating the preliminary findings, in coordination with other physiological, psychological, and technological investigations, NASA and its partners will continue to ensure that astronauts undertake future space exploration missions safely, efficiently and effectively. A joint summary publication is planned for later in 2017, to be followed by research articles by the investigators.