Although the number of women in engineering has climbed over the last two decades, females are still under-represented, making up only about 20% of engineering graduates. What’s more, is many quit or leave the field soon afterward to pursue careers in other sectors.

Several organizations are working to change those statistics, offering mentoring, networking, recognition, and support to females pursuing a life in engineering. Here are just a few.

ASME | asme.org
“Save your father’s hard-earned money,” said a professor to Nancy D. Fitzroy, the only female studying engineering in a class of males. Fitzroy ignored this advice, becoming an internationally recognized expert in heat-transfer and fluid-flow — and the first woman president of the American Society of Engineers (ASME).

Fitzroy paved the way for other women with similar interests to follow her lead. Today, ASME provides access to a community of 100,000-plus engineers, academics, researchers, and others interested in mechanical engineering. The organization has recognized the contributions of women in the field of engineering for more than 100 years and offers several groups, including Women in Standards and Certification and Women in Manufacturing.

As diversity and inclusion are critical to ASME, it recently partnered with The Women in Engineering ProActive Network on the Transforming Engineering Culture to Advance Inclusion and Diversity. The ASME Foundation has also launched the Campaign for Next-Generation Engineers to support learning at every stage of an engineer’s journey.

SME | sme.org
Stands for Manufacturing’s (SME) story is one of opportunities for women and mentorship from leaders to young women in manufacturing engineering. The non-profit is committed to advancing manufacturing and attracting future generations.

“We have long-recognized that manufacturing needs all the innovation, creativity, and skill possible during a time where millions of manufacturing jobs go unfilled — and so we have encouraged and promoted everyone to excel in manufacturing and recognized those who do,” stated the organization.

Case-in-point: The SME Education Foundation, which offers a scholarship program to students, awards about 75 scholarships annually to women pursuing engineering. The goal is to hit 210 awards by 2025. Another example: The Outstanding Young Manufacturing Engineers honors women who are contributing to engineering, with four named in 2019 and three in 2020.

“We don’t see gender diversity in terms of requiring a program to encourage it; we see it as a strength to help us in our mission of advancing manufacturing,” said SME. Consequently, its programs attract women with strong mentoring skills and experience. It’s currently the only organization that represents all facets of manufacturing.

PTDA | ptda.org
The Power Transmission Distributors Association (PTDA) is the top association for the industrial power transmission/motion control distribution channel. PTDA’s Women in the Industry Community is for female professionals who work for member companies and are interested in learning and sharing knowledge with other females in the industry. The goal: to help them succeed. 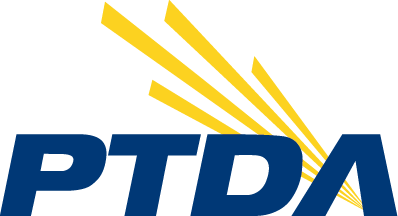 This unique community encourages growth, education, and leadership. It also provides volunteer and mentorship opportunities to support one another. The community holds quarterly calls for frank conversations about succeeding as a woman in the sector, with two networking events each year.

Women in the Fastener Industry (WIFI) began more than a decade ago as a way for women to find other females working in the sector.

“At first, I created a LinkedIn group in hopes of simply connecting with other women in the fastener industry,” explains co-founder, Pam Berry. That’s where she met her WIFI partner, Mary Lou Aderman. “Soon afterward, we decided to incorporate as an organization because of how much it was clearly needed,” adds Berry. WIFI now represents a team of women in fastening who support and mentor one another “for the express purpose of advancing women in the fastener industry,” according to its website.

Along with educating members through workshops and webinars, WIFI offers annual scholarships to help improve members’ skills. Its mission is to encourage and prime women for the next level of their career in fastening.

Filed Under: Women in Engineering 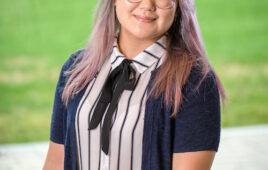 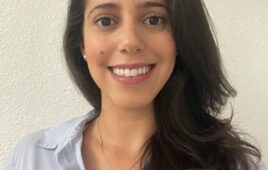 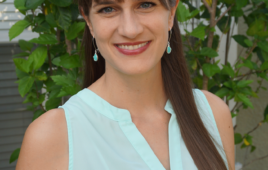