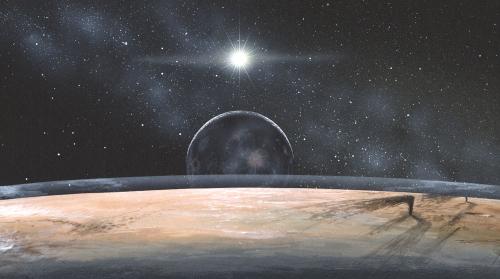 Producing and detecting gravitational fields at will using magnetic fields, controlling them for study, working with them to produce new technologies—it sounds impossible, but Prof. André Füzfa of Namur University has proposed just that in an article published in the prestigious scientific journal Physical Review D.

In his article, Füzfa has proposed, with supporting mathematical proof, a device with which to create detectable gravitational fields. This theoretical device is based on superconducting electromagnets and therefore relies on technologies routinely used, for example, at CERN or the ITER reactor.

Although conducting this experiment would require major resources, it could be used to test Einstein’s theory of general relativity. The ability to produce, detect and, ultimately, control gravitational fields would certainly be a major step forward in physic. People could then produce gravitational interactions in the same way as the other three fundamental interactions (e.g. electromagnetic and strong and weak nuclear forces). That would usher gravitation into a new experimental and industrial era.

Until now, a scientific advance like this was a dream of science fiction, but it could open up many new applications, for example, in the field of telecommunications with gravitational waves. Imagine calling the other side of the world without going through satellite or terrestrial relays.