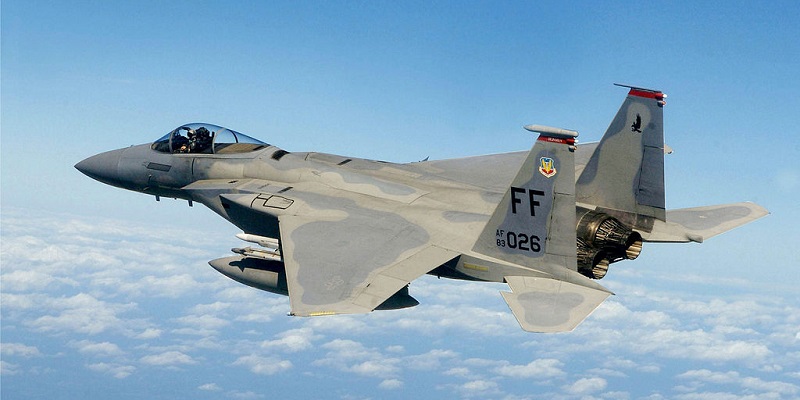 The U.S. Department of Defense publicized a large number of Air Force and Navy contracts Friday, including a $281 million agreement with Boeing Defense, Space & Security for upgrades to the F-15 aircraft’s radar.

Boeing will install the upgrades, provide technical support, and delivery initial spares for 17 (V)3, and 29 RMP radars. The financing for the work is divided into $100.6 million in fiscal 2014 procurement funds and $181 million in fiscal 2015 procurement funds. The fixed-price incentive firm Air Force contract resulted due to a sole-source acquisition. The labor will be performed in St. Louis, and should be finished by Jan. 15, 2019.

Boeing Space Defense, Space & Security received a second, albeit much smaller Air Force contract – a $9.1 million deal for research that could improve the KC-135 refueling aircraft’s adaptive compliant flap tab. The government is hopeful that the adjustment to the flaps could lead to fuel savings.

Fourteen companies submitted bids for the cost-plus-fixed-fee contract, which will be completed in Oklahoma City. All of the work is slated to be finished by June 30, 2017.

Sierra Nevada Corporation has been given a $172.5 million Air Force contract for six A-29 aircraft. The company will also provide associated support and equipment. The firm-fixed-price and cost-plus-fixed-fee contract benefits the republic of Lebanon. The labor will be conducted in Mary Esther, Fla., and should be finished on July 31, 2019.

Ultra Electronics 3 Phoenix will be given a $24.8 million modification to a Navy contract for engineering services benefitting the Torpedo Warning System, which helps surface ships to detect torpedoes. Once the threat is detected, the surface ships use defense measures afforded by the system, including maneuver and hard and soft kill countermeasures.

Lockheed Martin Aeronautics will be given a $64.5 million modification to a Navy contract for long lead materials and other work related to the manufacturing of 11 F-35A air systems for the Japanese government. None of the funds associated with the contract will expire at the end of the year. All of the work will be performed in Fort Worth, Texas, and should be finished in February 2016.