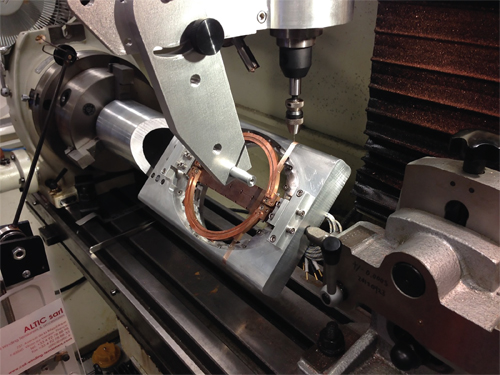 Both the costs and risks of spaceflight are always high. So what do you do when you don’t have the time, budget and room for error to outsource the machining of ever-evolving prototypes? NASA Goddard Spaceflight Center uses an array of manufacturing and engineering tools to develop their one-off, highly customized technologies. In fact, they use a shop that is connected to their labs, which houses an array of manual milling, CNC and production machines.

According to Alan Kogut, an astrophysicist at the center, without their attached shop they would be relegated to outsourcing the creation of various components and instruments. By using various manual machines and a PCNC 1100 mill from Tormach, the team can quickly prototype and develop different iterations of unique components. “We’re making parts for flight projects, high-altitude balloons, and prototyping things for an eventual satellite mission,” he said.

The Goddard Spaceflight Center is producing projects like PIPER (the Primordial Inflation Polarization Explorer) to measure the linear polarization of the cosmic microwave background. The satellite instrument looks for the signal from primordial gravity waves excited during an inflationary epoch shortly after the Big Bang.

They fly these telescopes in containers of liquid helium, which keeps the temperatures near absolute zero (about 1.5 K). The cold temperatures keep the telescopes’ heat radiation from interfering with the radiation the researchers are trying to see, which is limited to a few parts per billion.

For PIPER’s precision sensors and instrumentation to operate correctly at such low temperatures, the team needs to compensate for differential contraction of components in their designs. Brackets and fixtures holding sensitive instruments for getting data back to Earth are housed in these icy temperatures. If the differential contraction is not compensated for in the design, signals and measurements could be lost in the vastness of outer space. This is where it’s advantageous to have a machine shop so close—faster, less expensive prototypes and flight-ready final components.

The teams at Goddard have customized their Tormach mill with a unique fixture for wire-winding.

The teams at Goddard have also customized their Tormach mill with a unique fixture for wire-winding. According to Kogut, they have to wrap a couple miles of thin wire—about 1⁄3 as thick as a human hair—in an extremely uniform manner for the satellites. “You take a couple miles of this wire and you wrap it around to make a whole bunch of parallel strands over large distances,” he said. This creates a grid that is about 2 ft across.

The strands have to be held to a plane so they form a flat surface (to a few millionths of a meter) and the wires have to be spaced accurately to about 4 or 5 µm, which is where the need for CNC comes into play. “We are able to use the mill to both cut the fixture that the wires get wound onto, and then use it to put the wires in place,” said Kogut.

Using a high-accuracy CNC machine is vital to the proper operation of a component like this. As the maker movement has emerged, both manual and automated machines have become more readily available and less expensive. It has also ushered in prosumer-style machines, which are capable of production-quality work, but available on a budget and in a footprint that small businesses and consumers can handle. 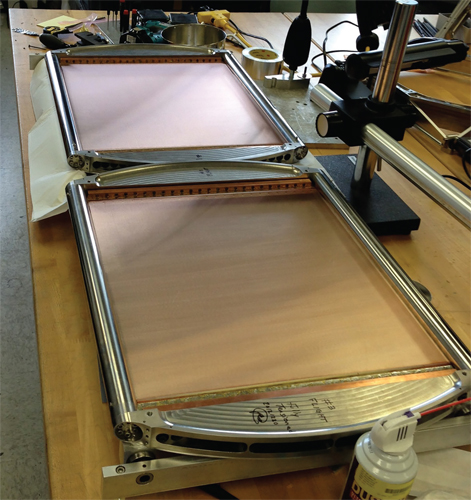 The PIPER (the Primordial Inflation Polarization Explorer), measures the linear polarization of the cosmic microwave background. The satellite instrument looks for the signal from primordial gravity waves excited shortly after the Big Bang.

NASA has been able to circumvent traditional manufacturing within this facility, allowing them to prototype, produce and innovate faster and on a tighter budget.

“These projects are not high-budget projects, but they still involve a lot of parts that are sort of custom-made to fit,” Kogut said. “Rather than going to all the trouble of figuring out exactly what we want, making up shop drawings, sending it out to a shop, getting a quote, and then getting the part produced, we decided to just get our own machine that we could make our own brackets and fixtures with a much faster turnaround.”

Though they don’t use many exotic materials—mostly aluminum, stainless steel, copper and the occasional block of titanium—NASA has to keep their tolerances tight and their budgets even tighter.