NASA astronaut Peggy Whitson trains underwater for a spacewalk at the Neutral Buoyancy Laboratory (NBL) at Johnson Space Center in Houston. Whitson is scheduled to launch to the International Space Station in late 2016 as part of Expedition 50/51.

Dr. Whitson first traveled to the space station as a crew member of Expedition 5, launching aboard the space shuttle STS-111 mission and returning six months later on STS-113. She was named the first NASA Science Officer during her stay, and she conducted 21 investigations in human life sciences and microgravity sciences as well as commercial payloads. Whitson became the first woman to command the International Space Station in October 2007, leading Expedition 16 during a six-month stay on the orbiting laboratory. 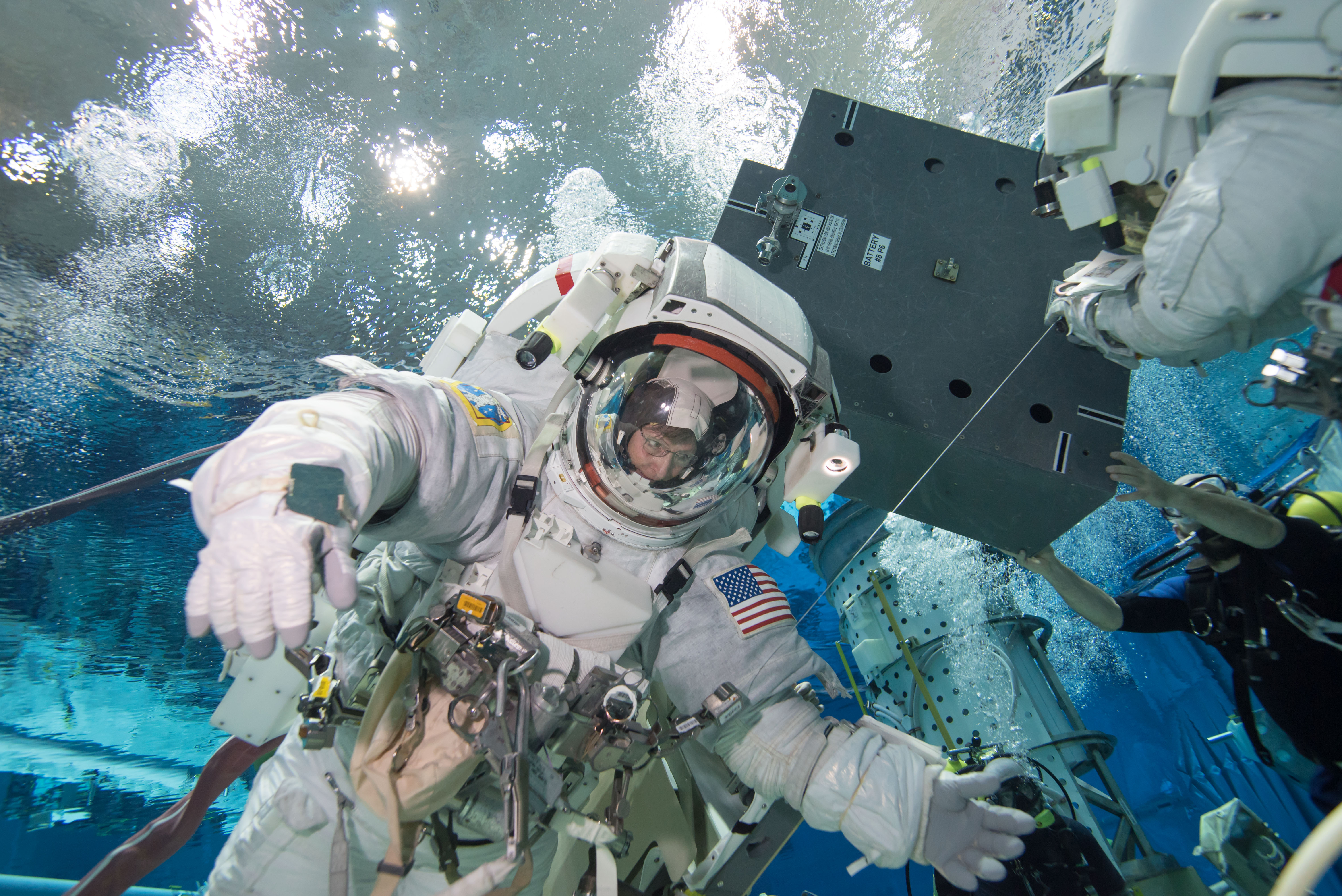