NASA’s Orion is a work in progress at Michoud Assembly Facility in New Orleans. The first two sections of the crew module, which NASA hopes will eventually carry people to the Moon and beyond, are shown in this picture after being welded together. The forward bulkhead and the tunnel section that makes up the fore of the spacecraft were joined using friction-stir welding. Before welding, workers installed strain gauges on both sections to examine how the metal held up under strain. 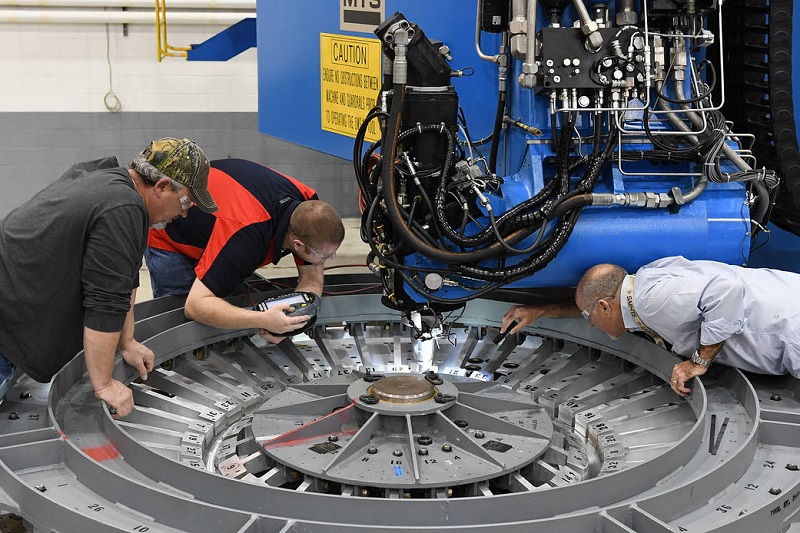