The STS-131 mission’s seven-member crew launched aboard space shuttle Discovery on April 5 from NASA’s Kennedy Space Center, joining the six residents of the space station when the shuttle docked on April 7. The merging of the two crews marked the first time four women were in space at the same time. 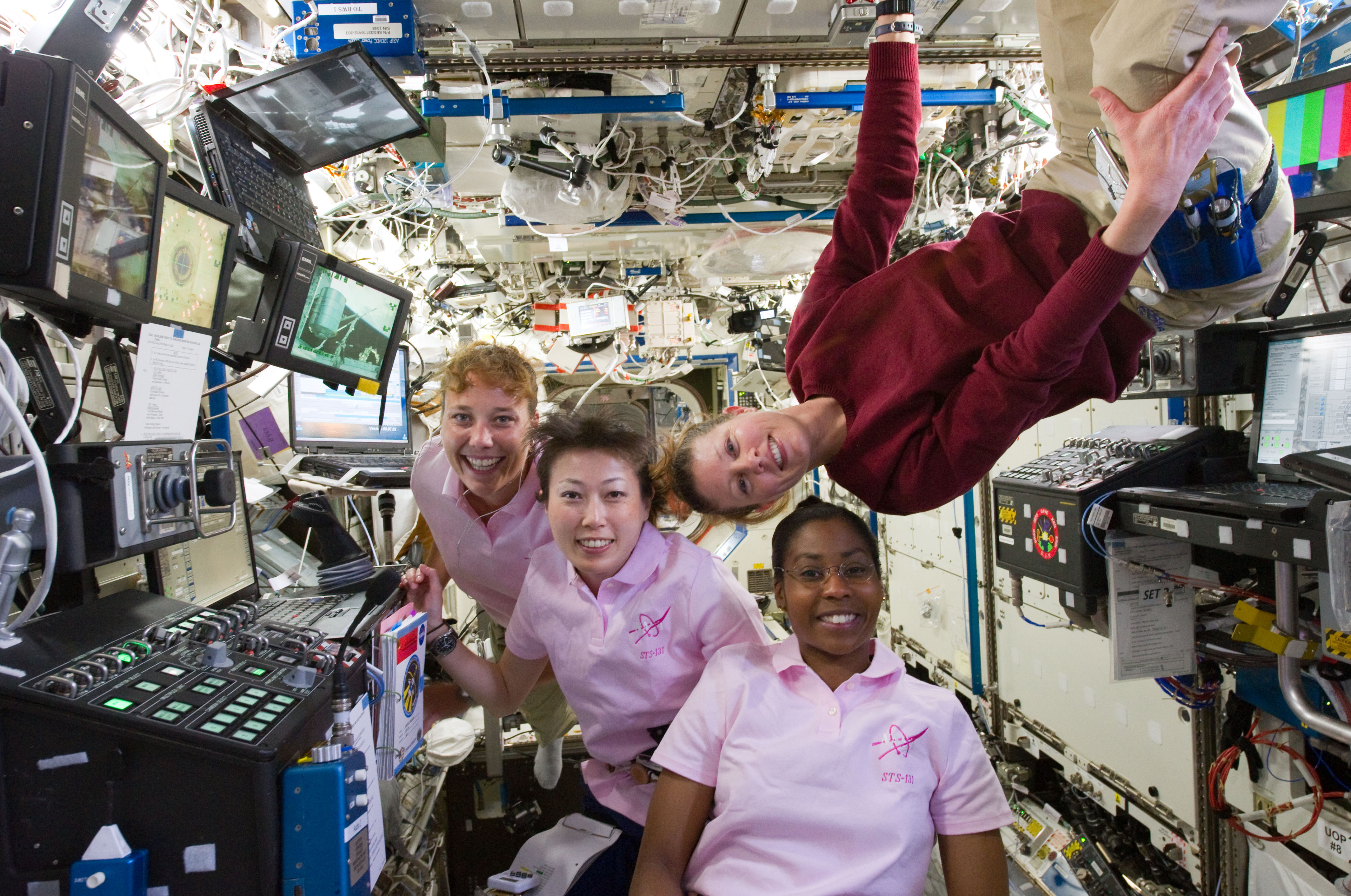