European Space Agency astronaut Tim Peake captured this photograph of the SpaceX Dragon cargo spacecraft as it undocked from the International Space Station on May 11, 2016. The spacecraft was released from the station’s robotic arm at 9:19 a.m. EDT. Following a series of departure burns and maneuvers to move beyond the 656-foot (200-meter) “keep out sphere” around the station, Dragon began its return trip to Earth. It is currently scheduled to splashdown in the Pacific Ocean at 2:55 p.m., about 261 miles southwest of Long Beach, California.

The spacecraft will return the final batch of human research samples from former NASA astronaut Scott Kelly’s historic one-year mission. These samples will be analyzed for studies such as Biochemical Profile, Cardio Ox, Fluid Shifts, Microbiome, Salivary Markers and the Twins Study. Additional samples taken on the ground as Kelly continues to support these studies will provide insights relevant for the journey to Mars, as NASA learns more about how the human body adjusts to weightlessness, isolation, radiation and the stress of long-duration spaceflight. 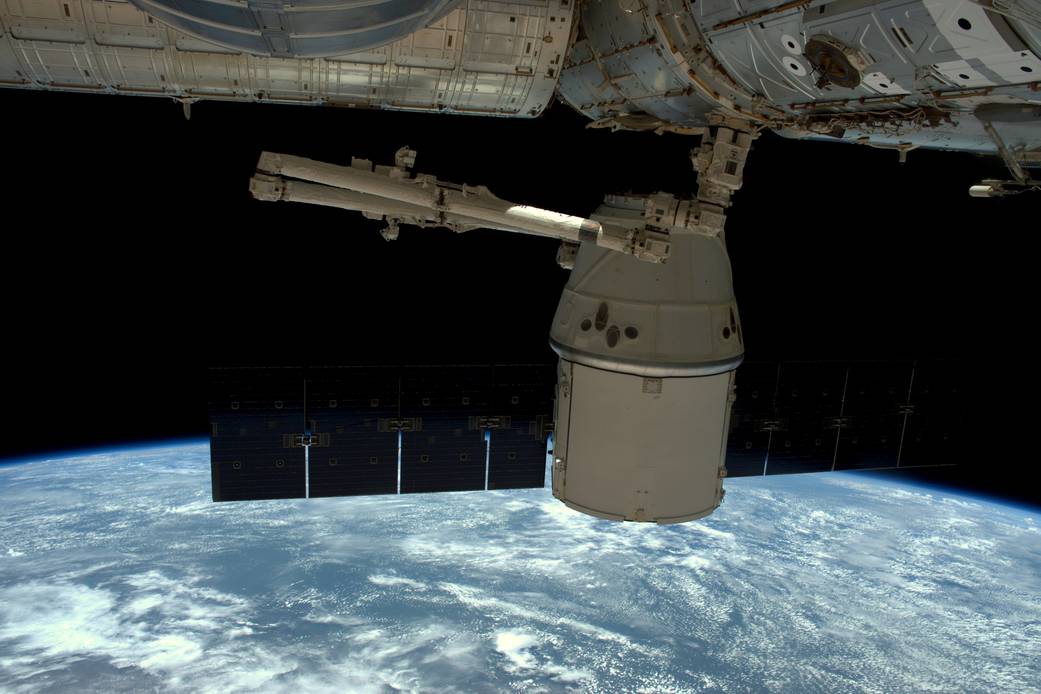