The Soyuz TMA-20M spacecraft is rolled out to the launch pad by train in the early hours of Wednesday, March 16, 2016 at the Baikonur Cosmodrome in Kazakhstan. Launch of the Soyuz rocket is scheduled for March 19 and will carry Expedition 47 Soyuz Commander Alexey Ovchinin of Roscosmos, Flight Engineer Jeff Williams of NASA, and Flight Engineer Oleg Skripochka of Roscosmos into orbit to begin their five and a half month mission on the International Space Station. 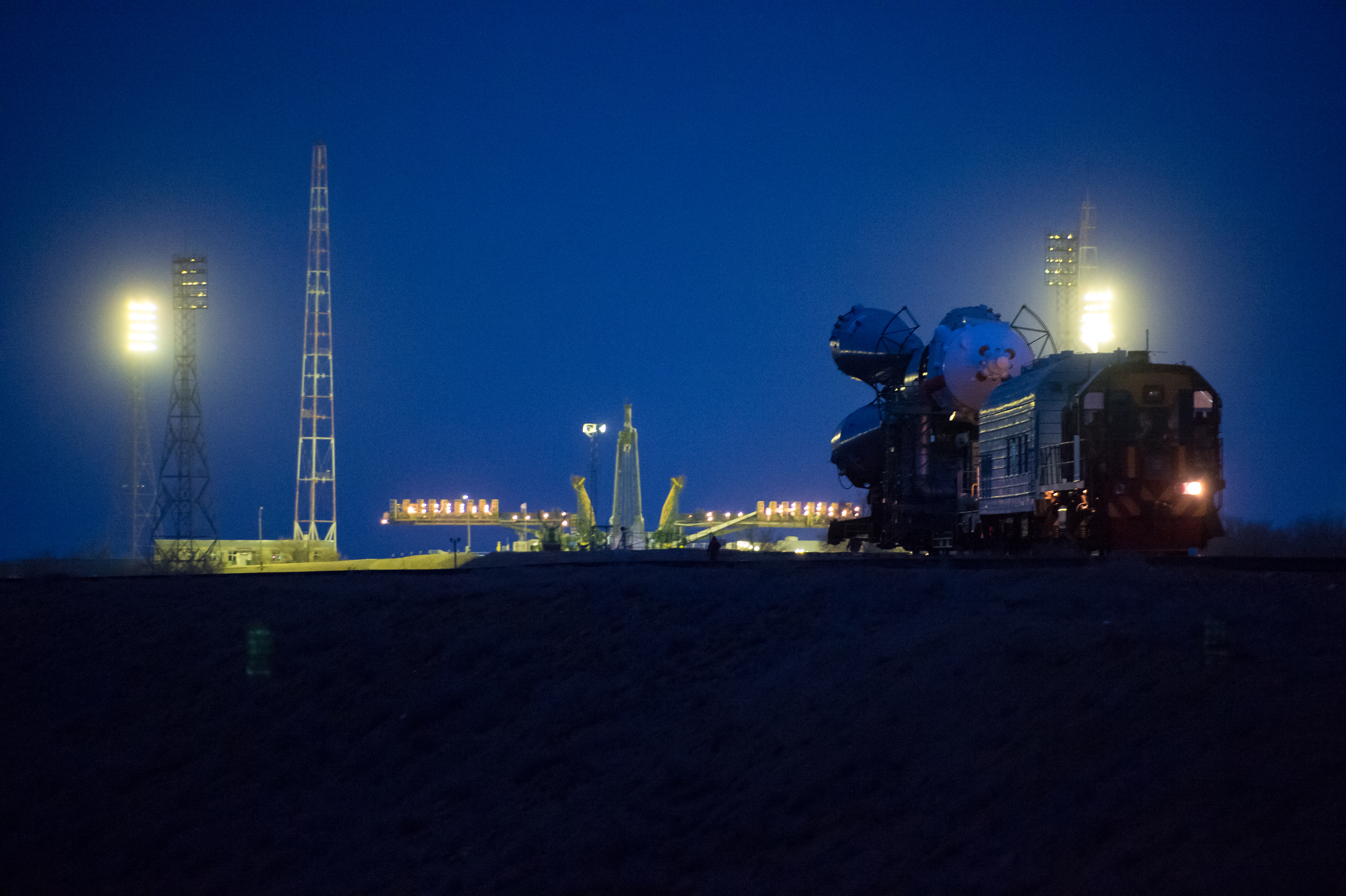