The Soyuz TMA-19M spacecraft is seen as it lands with Expedition 47 crew members Tim Kopra of NASA, Tim Peake of the European Space Agency, and Yuri Malenchenko of Roscosmos near the town of Zhezkazgan, Kazakhstan on Saturday, June 18, 2016. Kopra, Peake, and Malenchenko are returning after six months onboard the International Space Station. 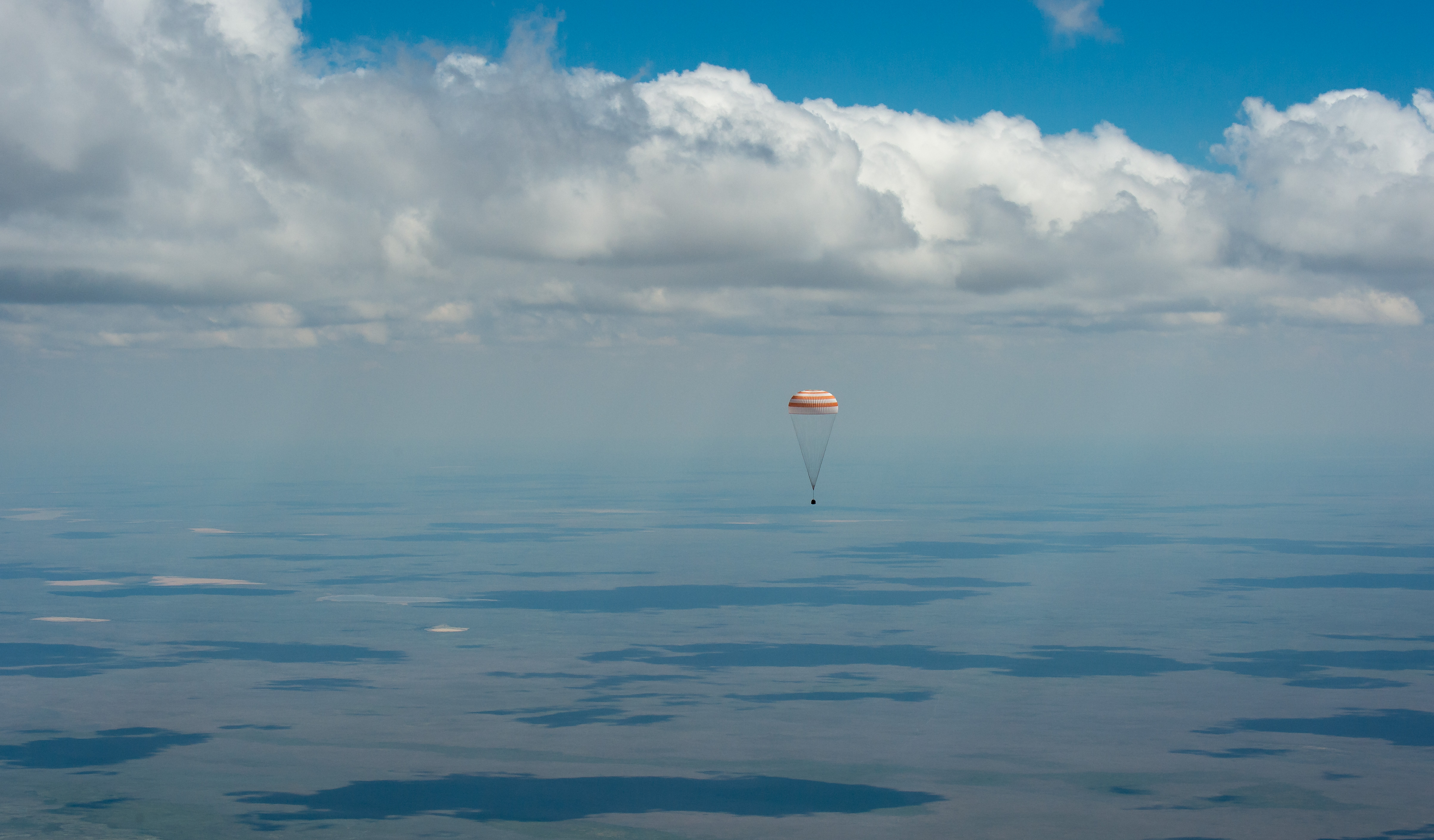