The Soyuz TMA-20M spacecraft is seen as it lands with Expedition 48 crew members NASA astronaut Jeff Williams, Russian cosmonauts Alexey Ovchinin, and Oleg Skripochka of Roscosmos near the town of Zhezkazgan, Kazakhstan on Wednesday, Sept. 7, 2016 (Kazakh time). Williams, Ovchinin, and Skripochka are returning after 172 days in space where they served as members of the Expedition 47 and 48 crews onboard the International Space Station. 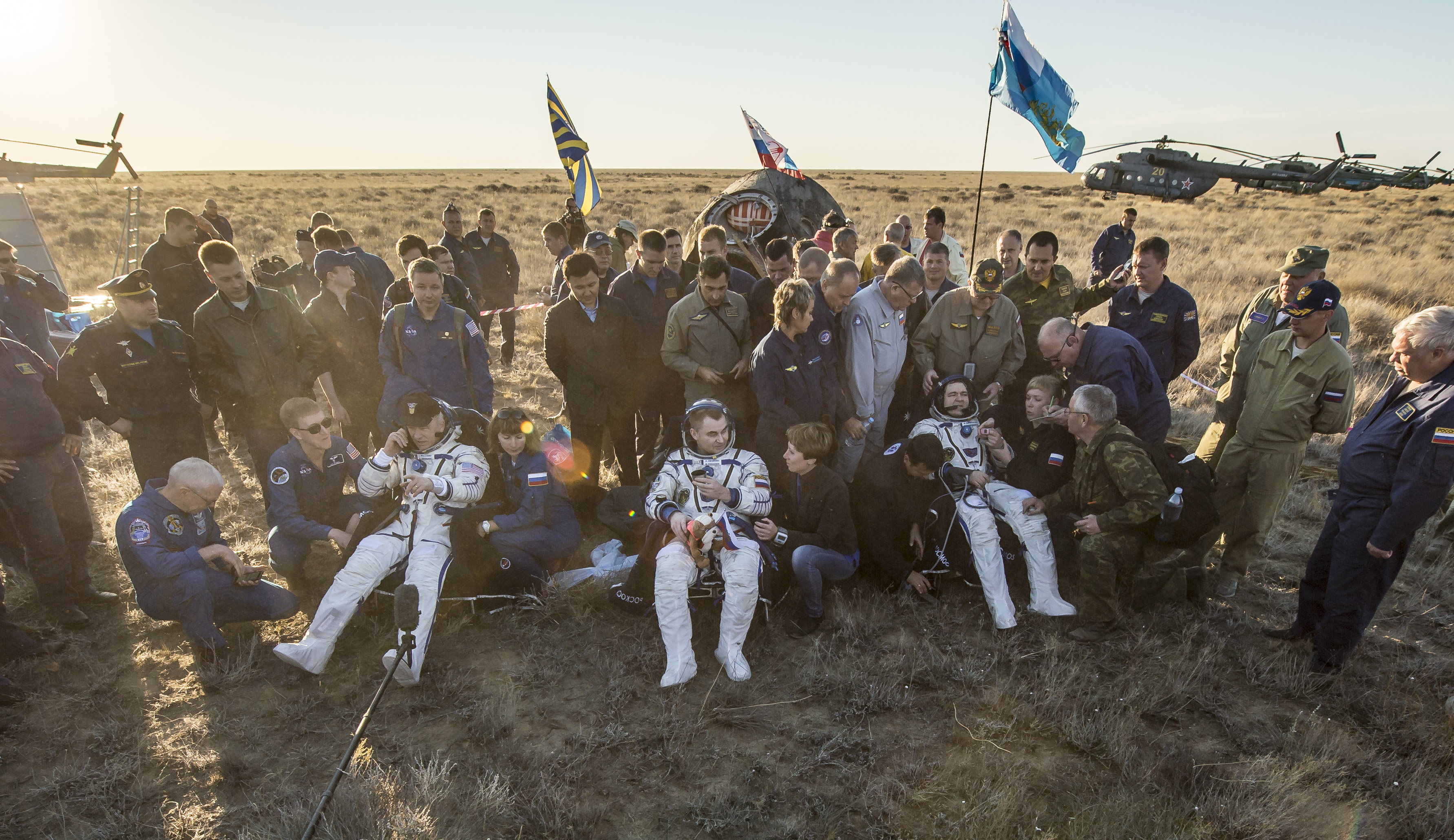