Huge waves are sculpted in this two-lobed nebula called the Red Spider Nebula, located some 3,000 light-years away in the constellation of Sagittarius. This warm planetary nebula harbors one of the hottest stars known and its powerful stellar winds generate waves 100 billion kilometers (62.4 billion miles) high. The waves are caused by supersonic shocks, formed when the local gas is compressed and heated in front of the rapidly expanding lobes. The atoms caught in the shock emit the spectacular radiation seen in this image. 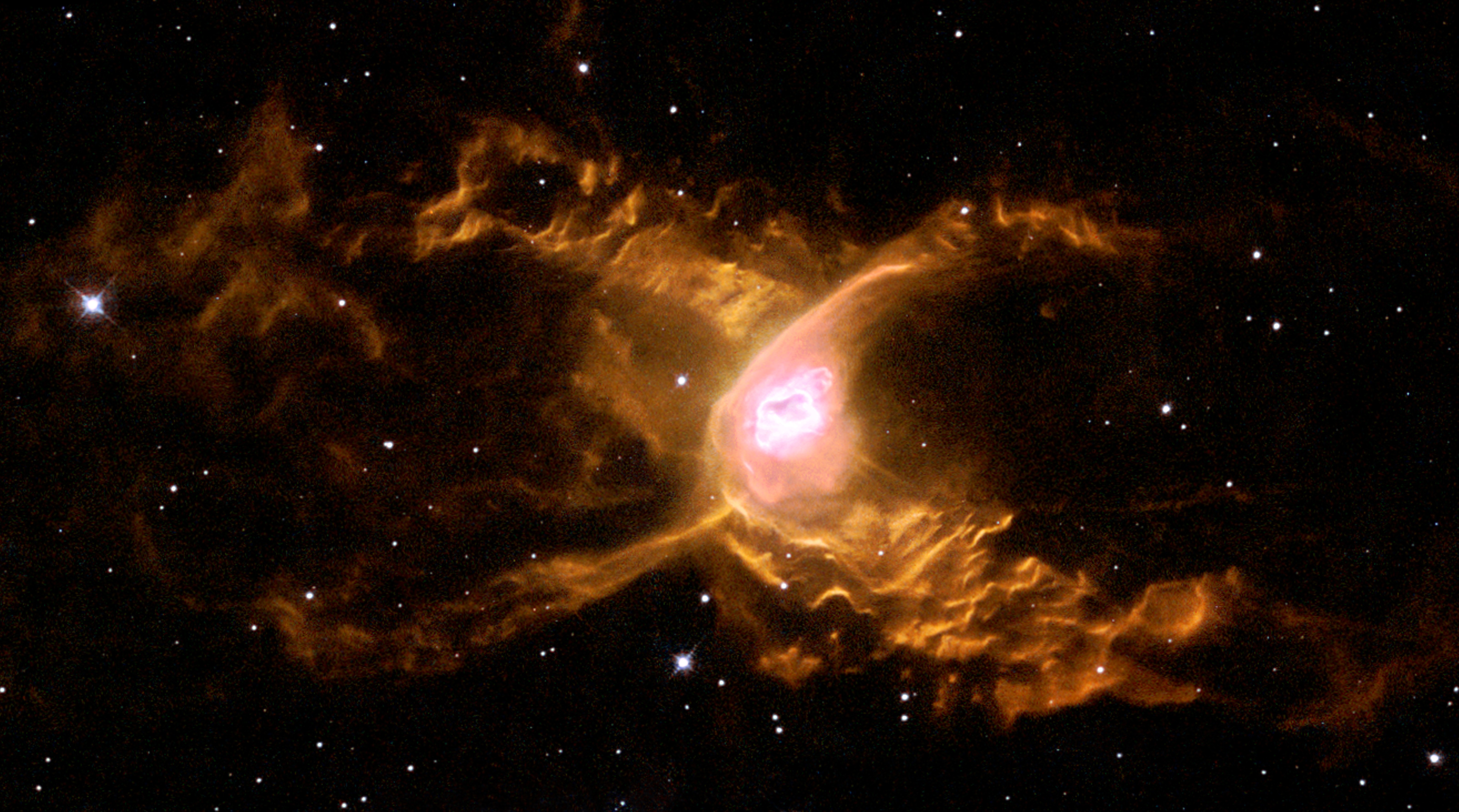