This image, taken by the NASA/ESA Hubble Space Telescope, shows the colorful “last hurrah” of a star like our sun. The star is ending its life by casting off its outer layers of gas, which formed a cocoon around the star’s remaining core. Ultraviolet light from the dying star makes the material glow. The burned-out star, called a white dwarf, is the white dot in the center. Our sun will eventually burn out and shroud itself with stellar debris, but not for another 5 billion years. 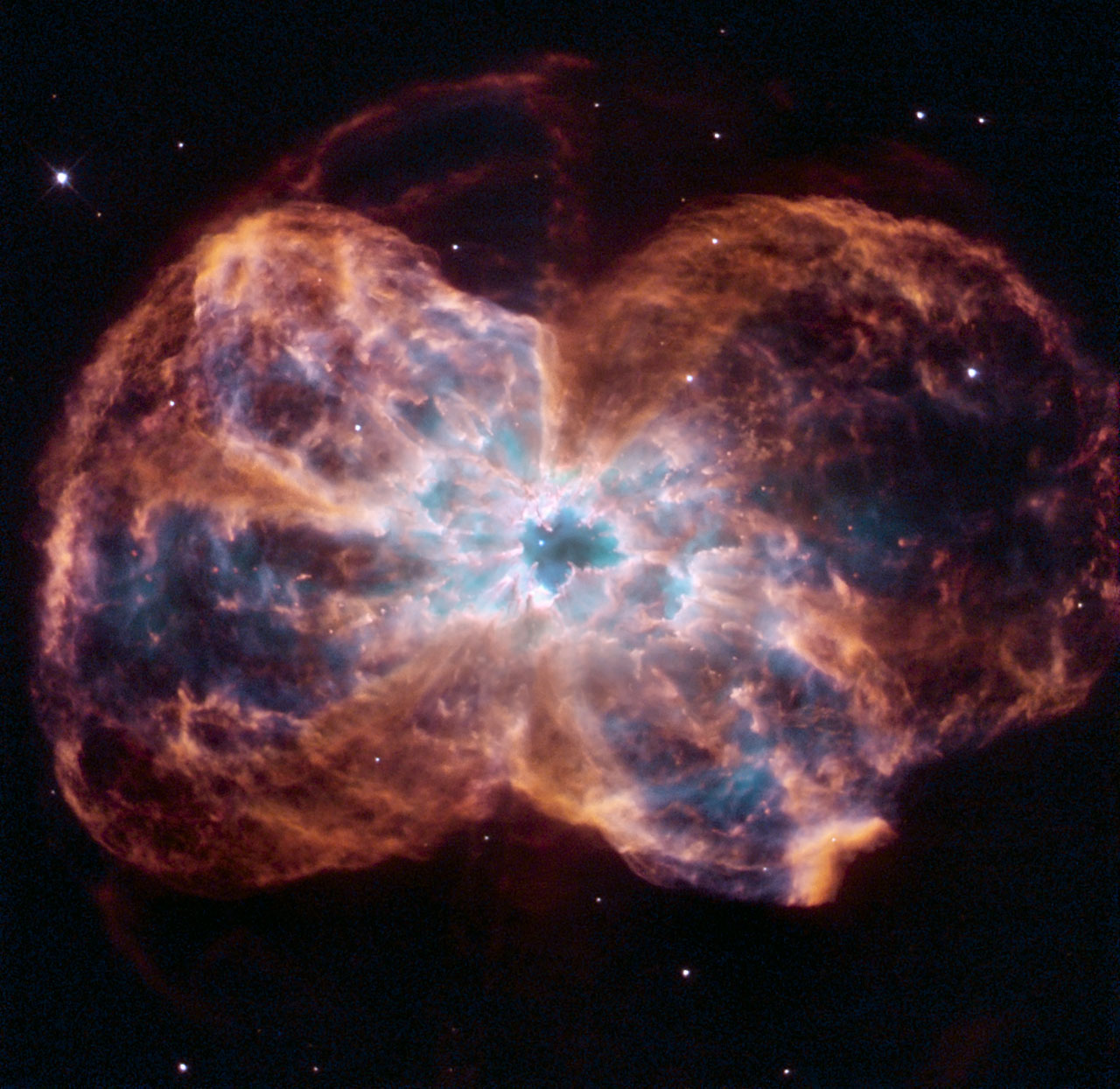