This composite image, made from ten frames, shows the International Space Station, with a crew of six onboard, in silhouette as it transits the sun at roughly five miles per second, Saturday, Dec. 17, 2016, from Newbury Park, California. Onboard as part of Expedition 50 are: NASA astronauts Shane Kimbrough and Peggy Whitson: Russian cosmonauts Andrey Borisenko, Sergey Ryzhikov, and Oleg Novitskiy: and ESA (European Space Agency) astronaut Thomas Pesquet. 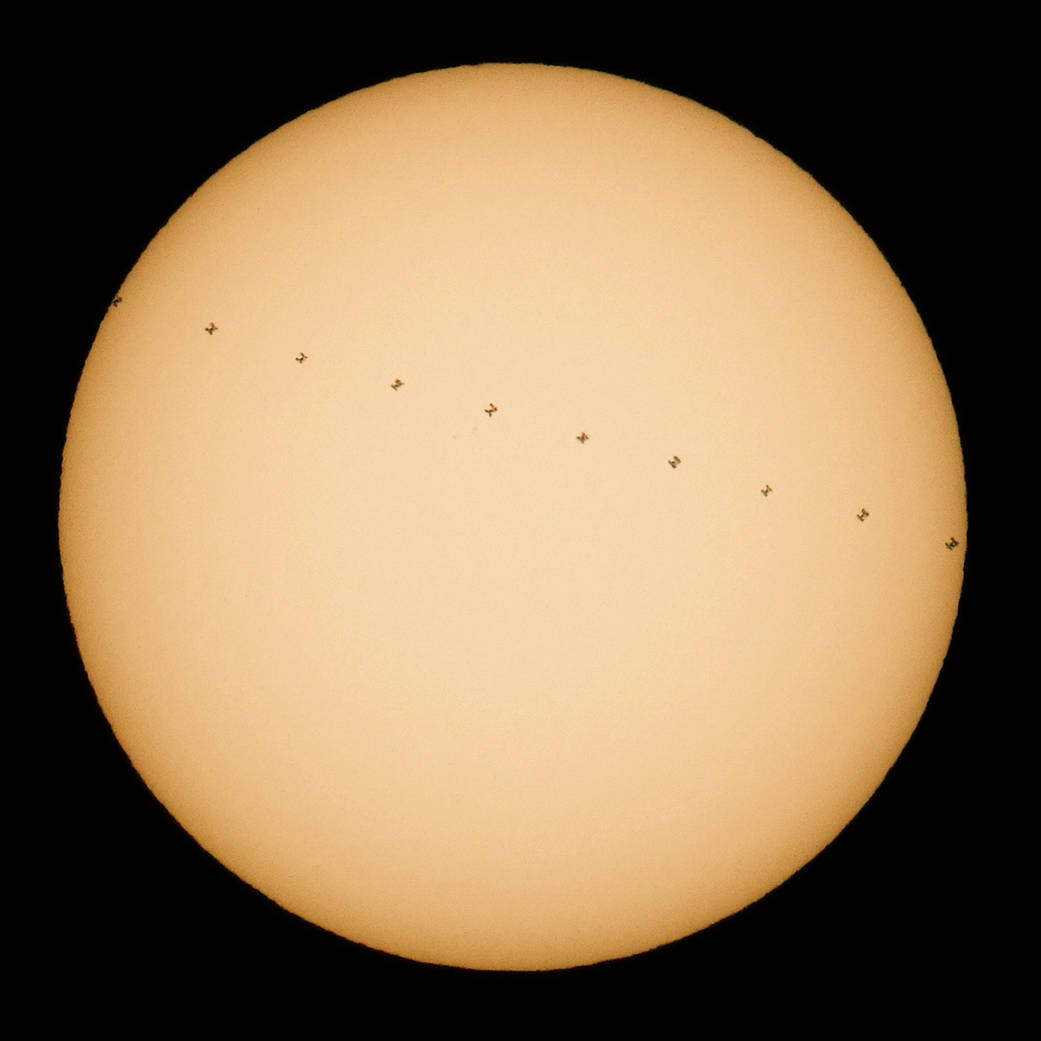