A new study published in the Astrophysical Journal uses data from NASA’s Spitzer Space Telescope and four ground-based telescopes to determine the distance from a star to the inner rim of its surrounding protoplanetary disk. Researchers used a method called “photo-reverberation,” also known as “light echoes.” When the central star brightens, some of the light hits the surrounding disk, causing a delayed “echo.” Scientists measured the time it took for light coming directly from the star to reach Earth, then waited for its echo to arrive.

The Spitzer study marks the first time the light echo method was used in the context of protoplanetary disks.

This illustration shows a star surrounded by a protoplanetary disk. Material from the thick disk flows along the star’s magnetic field lines and is deposited onto the star’s surface. When material hits the star, it lights up brightly. 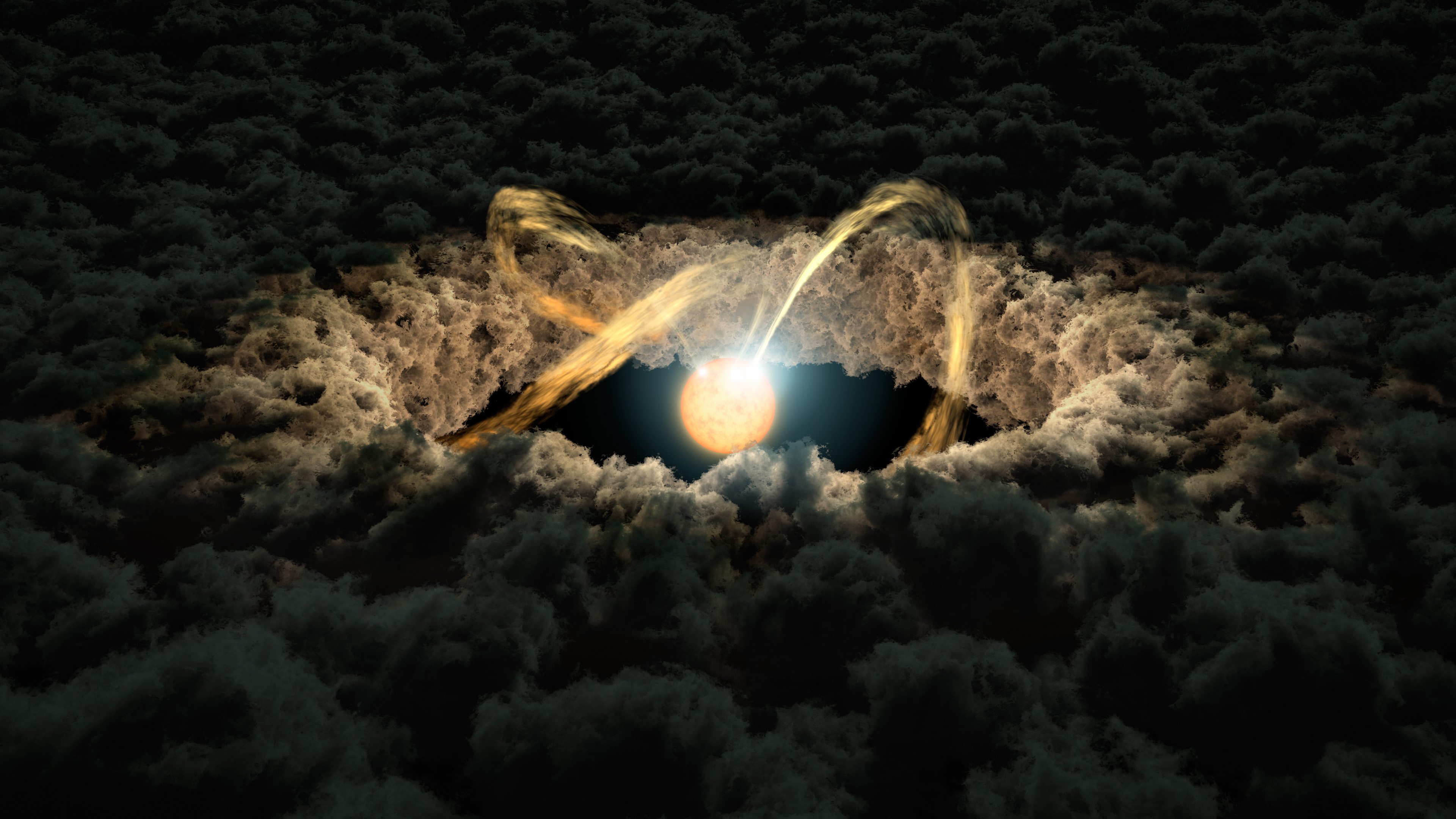