Just hours after the winter solstice, a mass of energetic particles from the Sun smashed into the magnetic field around Earth. The strong solar wind stream stirred up a display of northern lights over northern Canada.

With the “day-night band” (DNB) of the Visible Infrared Imaging Radiometer Suite (VIIRS), the Suomi NPP satellite acquired this view of the aurora borealis on Dec. 22, 2016. The northern lights stretched across British Columbia, Alberta, Saskatchewan, Manitoba, Nunavut, and Northwest Territories, areas that often fall under the auroral oval.

The DNB detects dim light signals such as auroras, airglow, gas flares, and reflected moonlight. In the case of the image above, the sensor detected the visible light emissions as energetic particles rained down from Earth’s magnetosphere and into the gases of the upper atmosphere.

The collision of solar particles and pressure into our planet’s magnetosphere accelerates particles trapped in the space around Earth (such as in the radiation belts). Those particles are sent crashing down into Earth’s upper atmosphere—at altitudes of 100 to 400 kilometers (60 to 250 miles)—where they excite oxygen and nitrogen molecules and release photons of light. The results are rays, sheets, and curtains of dancing light in the sky.

Suomi NPP is the result of a partnership between NASA, the National Oceanic and Atmospheric Administration, and the Department of Defense. 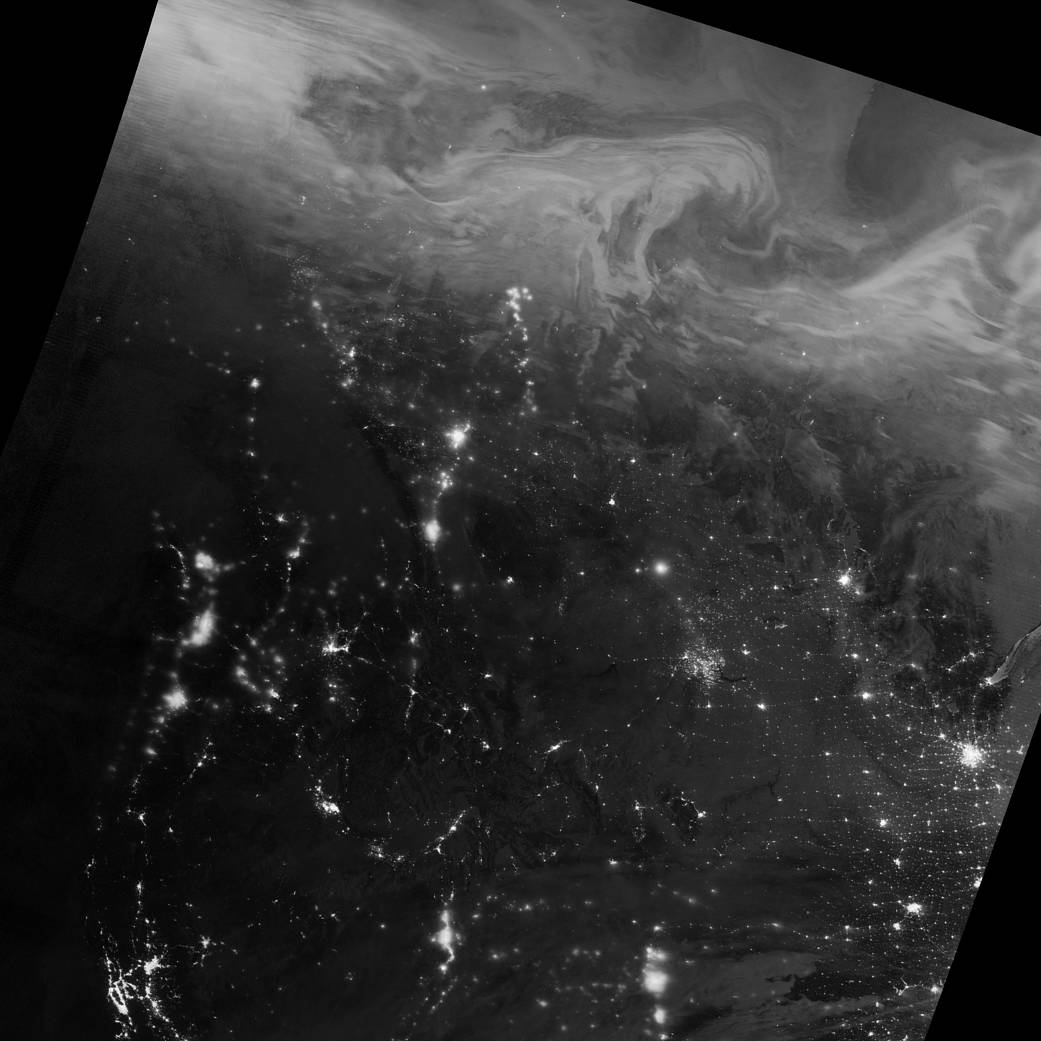