Expedition 50 Commander Shane Kimbrough of NASA at work outside the International Space Station on Jan. 13, 2017, in a photo taken by fellow spacewalker Thomas Pesquet of the European Space Agency. During the nearly six-hour spacewalk, the two astronauts successfully installed three new adapter plates and hooked up electrical connections for three of the six new lithium-ion batteries on the International Space Station. This was the second spacewalk in a week for Kimbrough and the fourth of his career, and the first for Pesquet.

To date, space station crew members have conducted 197 spacewalks in support of assembly and maintenance of the orbiting laboratory. Spacewalkers have now spent a total of 51 days 6 hours and 4 minutes working outside the station. 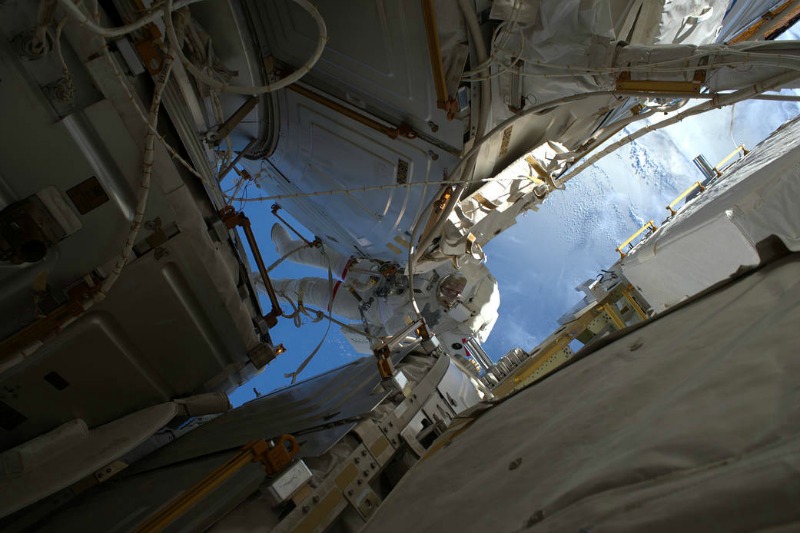