Hurricane Jose producing dangerous surf and rip currents along the east Coast of the United States. Satellite imagery shows Jose is now close enough to the coast to also trigger a tropical storm warnings and watches.

Warnings and Watches in Effect

NASA-NOAA’s Suomi NPP satellite passed over Hurricane Jose when it was off the coast of the Carolinas, creating dangerous surf along the U.S. East Coast.

The Visible Infrared Imaging Radiometer Suite (VIIRS) instrument aboard NASA-NOAA’s Suomi NPP satellite flew over Jose on Sept. 17 at 2:24 p.m. EDT and captured a visible light image of the storm. Most of the clouds and thunderstorms appeared to be north and east of the center of circulation.

The National Hurricane Center noted on Sept. 18 that “Satellite images indicate that Jose is losing some tropical characteristics. The cloud pattern of the hurricane is asymmetric with much of the central convection and convective bands confined to the north of the center.”

NOAA’s GOES East satellite provided a visible image of Jose on Sept. 18 at 1:45 pm EDT when the storm was centered about 265 miles east-southeast of Cape Hatteras, North Carolina. NOAA manages the GOES series of satellites and the NASA/NOAA GOES Project at NASA’s Goddard Space Flight Center in Greenbelt, Md. uses the data to create images and animations.

Jose is moving toward the north near 9 mph (15 kph) and this general motion is expected to continue during the next day or so. A turn to the northeast is expected to occur on Tuesday night. On the forecast track, the center of Jose is forecast to pass well offshore of the Outer Banks of North Carolina this evening, pass well east of the Delmarva Peninsula tonight and Tuesday, Sept. 19 and pass well to the east of the New Jersey coast on Wednesday, Sept. 20.

Maximum sustained winds remain near 75 mph (120 kph) with higher gusts. Little change in strength is forecast during the next 48 hours. The estimated minimum central pressure is 977 millibars.

According to the National Hurricane Center, Jose is expected to produce total rain accumulations of 3 to 5 inches over eastern Long Island, southeast Connecticut, southern Rhode Island, and southeast Massachusetts, including Martha’s Vineyard and Nantucket through Wednesday. Jose is also expected to produce total rain accumulations up to 2 inches along the mid-Atlantic coast, and from southeast New York to coastal Maine. This rainfall could cause isolated flooding.

Swells generated by Jose are affecting Bermuda, the Bahamas, and much of the U.S. east coast. These swells are likely to cause dangerous surf and rip current conditions for the next several days in these areas.

Jose is expected to stay over the warm Gulf Stream for another day, and then move into an area with higher south-southwesterly vertical wind shear and progressively drier air, which are expected to gradually weaken the storm. 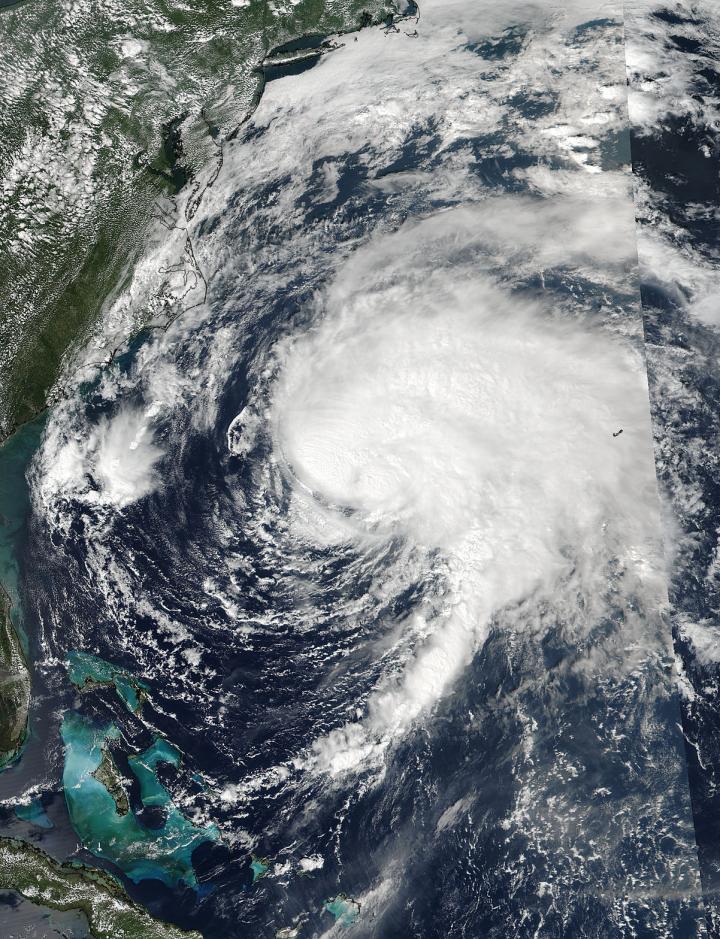