NASA’s OSIRIS-REx spacecraft is revealed after its protective cover is removed inside the Payload Hazardous Servicing Facility at Kennedy Space Center in Florida, on May 21, 2016. The spacecraft traveled from Lockheed Martin’s facility near Denver, Colorado to Kennedy to begin processing for its upcoming launch, targeted for Sept. 8 aboard a United Launch Alliance Atlas V rocket. After launch, OSIRIS-REx – which stands for Origins, Spectral Interpretation, Resource Identification, Security-Regolith Explorer – has an approximately two-year cruise to reach the asteroid Bennu in 2018. 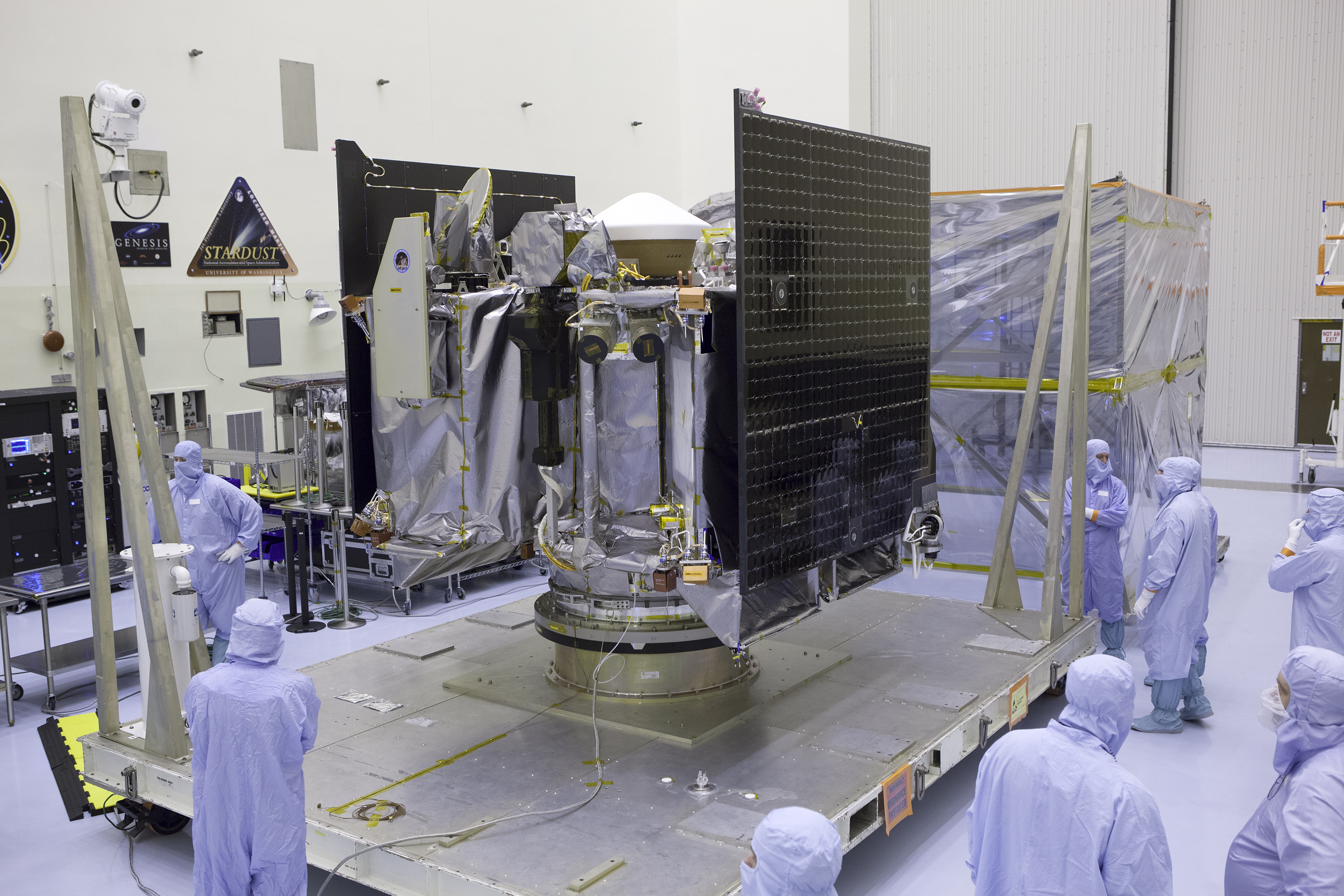