The U.S. Navy’s fourth Mobile User Objective System (MUOS-4) satellite is encapsulated inside a 5-meter payload fairing in preparation for launch on an Atlas V rocket. The launch is scheduled for Aug. 31, 2015. MUOS is a next-generation narrow band tactical satellite communications system designed to significantly improve beyond-line-of-sight communications for U.S. forces on the move. 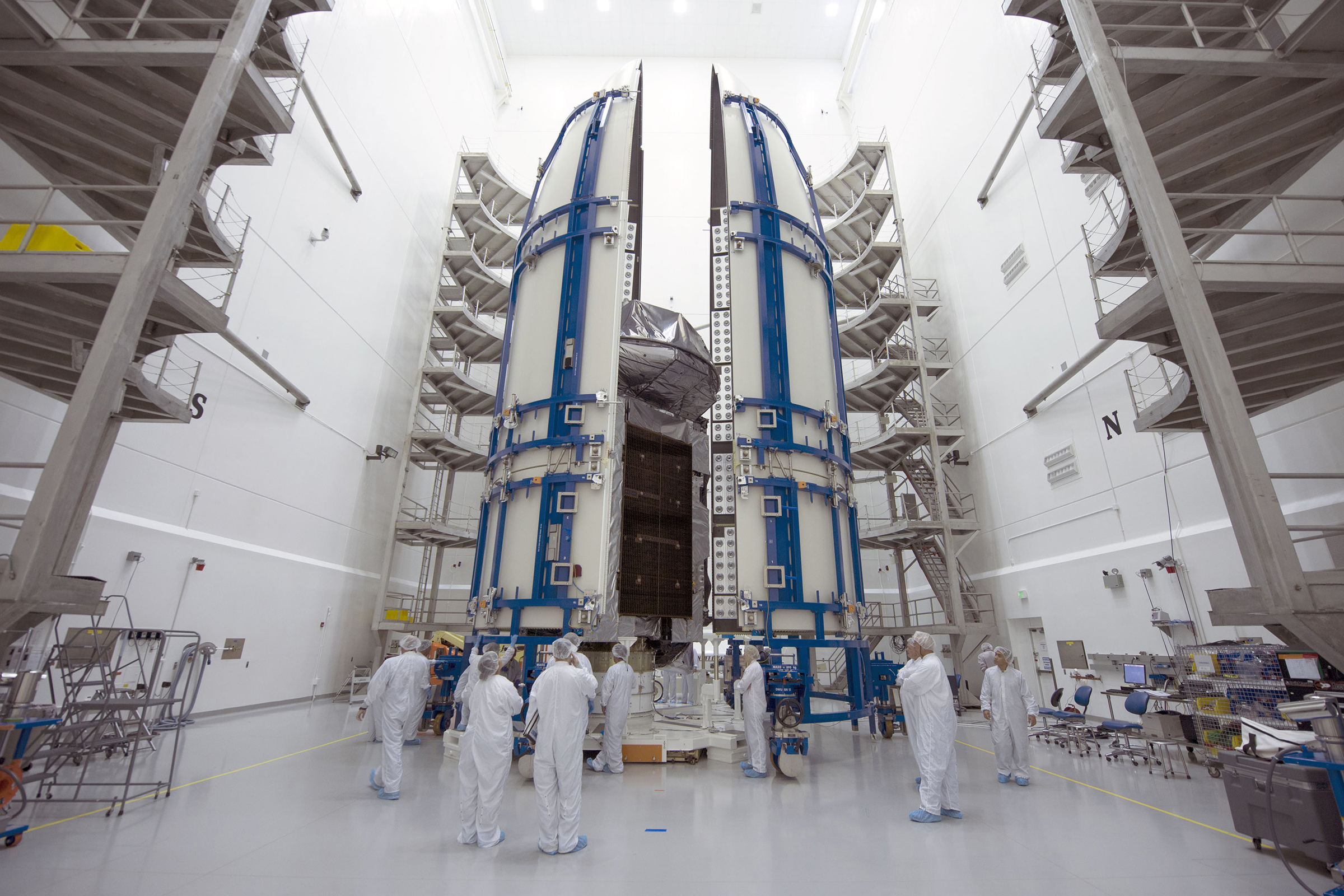