The release of the first images today from NOAA’s newest satellite, GOES-16, is the latest step in a new age of weather satellites. This composite color full-disk visible image is from 1:07 p.m. EDT on Jan. 15, 2017, and was created using several of the 16 spectral channels available on the GOES-16 Advanced Baseline Imager (ABI) instrument. The image shows North and South America and the surrounding oceans. GOES-16 observes Earth from an equatorial view approximately 22,300 miles high, creating full disk images like these, extending from the coast of West Africa, to Guam, and everything in between. 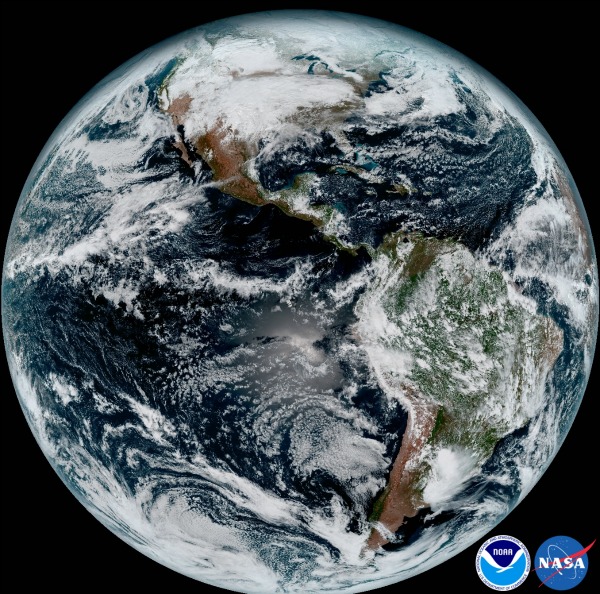