Welders inside a large liquid hydrogen tank for NASA’s Space Launch System at the Michoud Assembly Facility in New Orleans are plugging holes left after the tank was assembled. Using frictional heating and forging pressure, friction stir welding produces high-strength bonds virtually free of defects. The process transforms metals from a solid state into a “plastic-like” state and uses a rotating pin tool to soften, stir and forge a bond between two metal sections to form a uniform welded joint. At the beginning and end of each weld, holes remain where the rotating pin tool enters and exits the metal. Six 22-foot-tall barrels and two domed caps were joined together to create the qualification test article, which measures an astounding 27.5 feet in diameter and over 130 feet long. Qualification test articles, like the one shown here, closely replicate flight hardware and are built using identical processing procedures. The liquid hydrogen tank, a liquid oxygen tank, four RS-25 engines and other elements form SLS’s core stage, which also serves as the rocket’s structural backbone. SLS — the most powerful rocket in the world — along with NASA’s Orion spacecraft will send astronauts deeper into space than ever before, including on the agency’s journey to Mars. 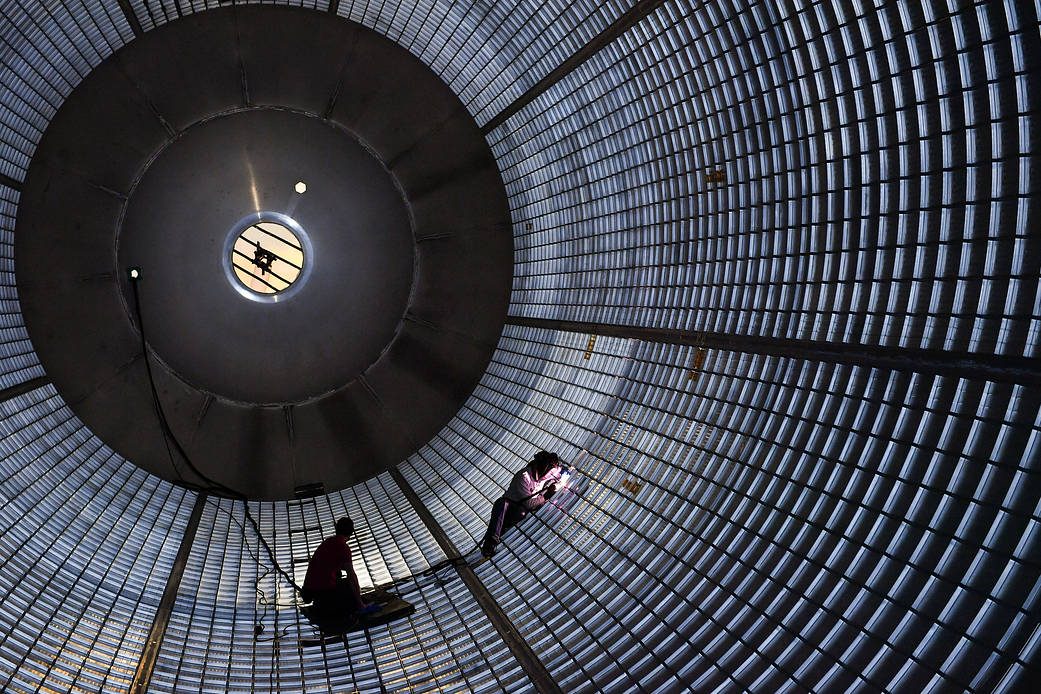