Seen from outside, Enceladus appears to be like most of its sibling moons: cold, icy and inhospitable. But under that forbidding exterior may exist the very conditions needed for life.

Over the course of the Cassini mission, observations have shown that Enceladus (313 miles or 504 kilometers across) not only has watery jets sending icy grains into space; under its icy crust it also has a global ocean, and may have hydrothermal activity as well. Since scientists believe liquid water is a key ingredient for life, the implications for future missions searching for life elsewhere in our solar system could be significant.

This view looks toward the Saturn-facing hemisphere of Enceladus. North on Enceladus is up and rotated 6 degrees to the right. The image was taken in green light with the Cassini spacecraft narrow-angle camera on Nov. 27, 2016.

The Cassini mission is a cooperative project of NASA, ESA (the European Space Agency) and the Italian Space Agency. The Jet Propulsion Laboratory, a division of the California Institute of Technology in Pasadena, manages the mission for NASA’s Science Mission Directorate, Washington. The Cassini orbiter and its two onboard cameras were designed, developed and assembled at JPL. The imaging operations center is based at the Space Science Institute in Boulder, Colorado.

For more information about the Cassini-Huygens mission visit http://saturn.jpl.nasa.gov and http://www.nasa.gov/cassini. The Cassini imaging team homepage is at http://ciclops.org. 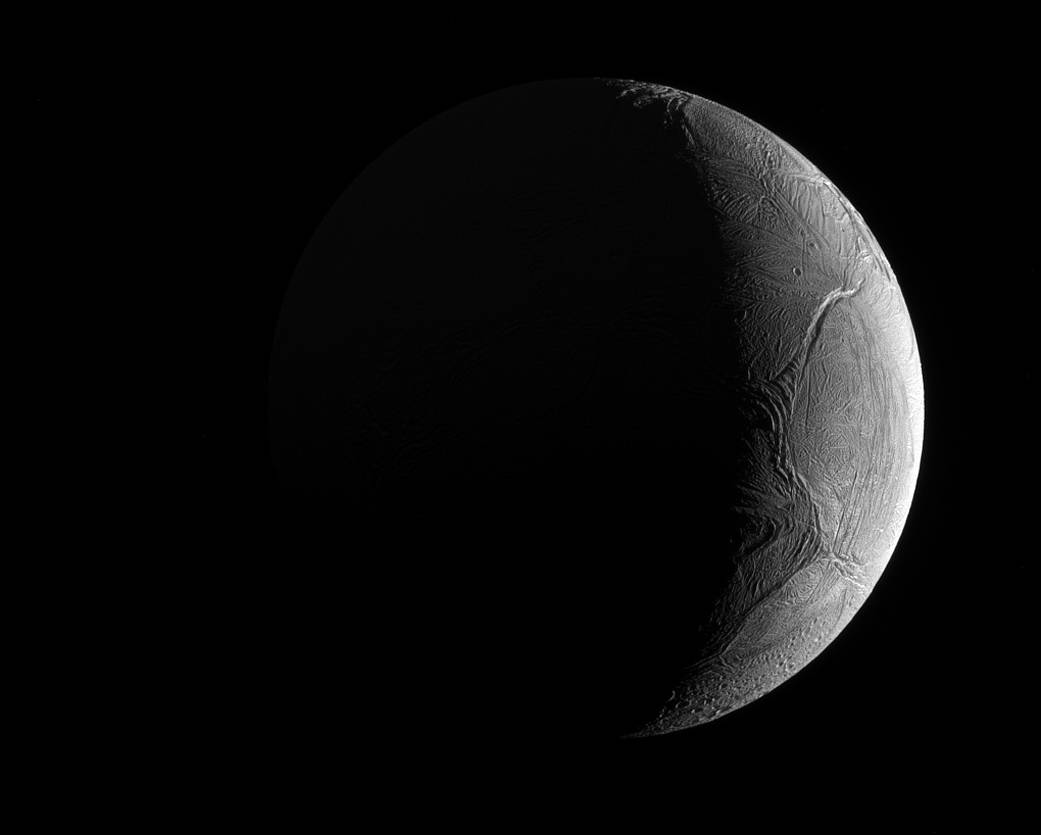