ESA’s Rover Autonomy Testbed rover is being run in near darkness by Spain’s GMV company to simulate the low Sun angles experienced at the Moon’s poles.

Permanently shadowed craters around the lunar north and south poles are tempting targets for future robotic missions, seeking water ice and other volatiles believed to be deep frozen in the soil.

Laboratory testing took place as part of ESA’s Lunar Scenario Concept Validation and Demonstration (Lucid) project. Now, as a next step, this and a second rover – ESA’s Heavy Duty Planetary Rover – have travelled to Tenerife in the Canary Islands for day and night testing in the volcanic, Moon-like environment of Teide National Park.

The two rovers carry navigation aids to work in both light and dark, including stereo cameras, lights, GPS, laser rangers and radar-like lidar. They can build digital 3D maps from these various sensors for both autonomous and teleoperated steering. 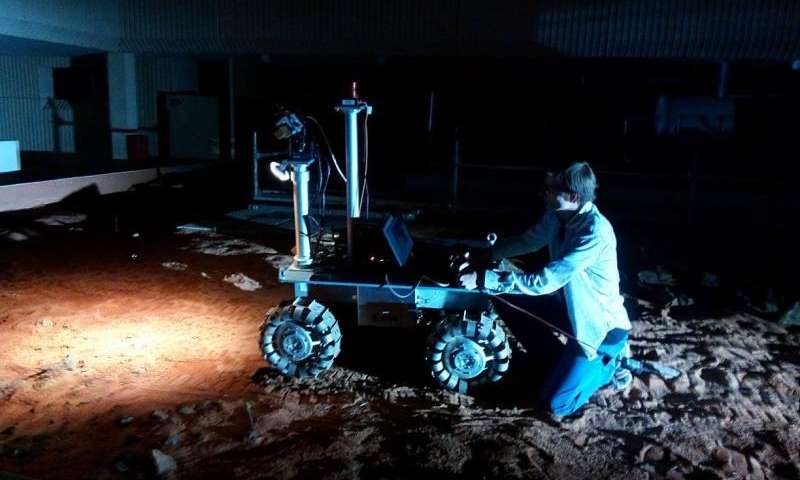