As a convention for public release, Cassini images of Saturn are generally oriented so that Saturn appears north up, but the spacecraft views the planet and its expansive rings from all sorts of angles. Here, a half-lit Saturn sits askew as tiny Dione (698 miles or 1,123 kilometers across) looks on from lower left. And the terminator, which separates night from day on Saturn, is also askew, owing to the planet’s approach to northern summer solstice. As a result, the planet’s northern pole is in sunlight all throughout Saturn’s day, much as it would be on Earth during northern summer.

This view looks toward the sunlit side of the rings from about 7 degrees above the ring plane. The image was taken with the Cassini spacecraft wide-angle camera on Feb. 19, 2016 using a spectral filter that preferentially admits wavelengths of near-infrared light centered at 752 nanometers. North on Saturn is up and rotated 20 degrees to the right.

The view was obtained at a distance of approximately 1.2 million miles (1.9 million kilometers) from Saturn. Image scale is 68 miles (110 kilometers) per pixel. 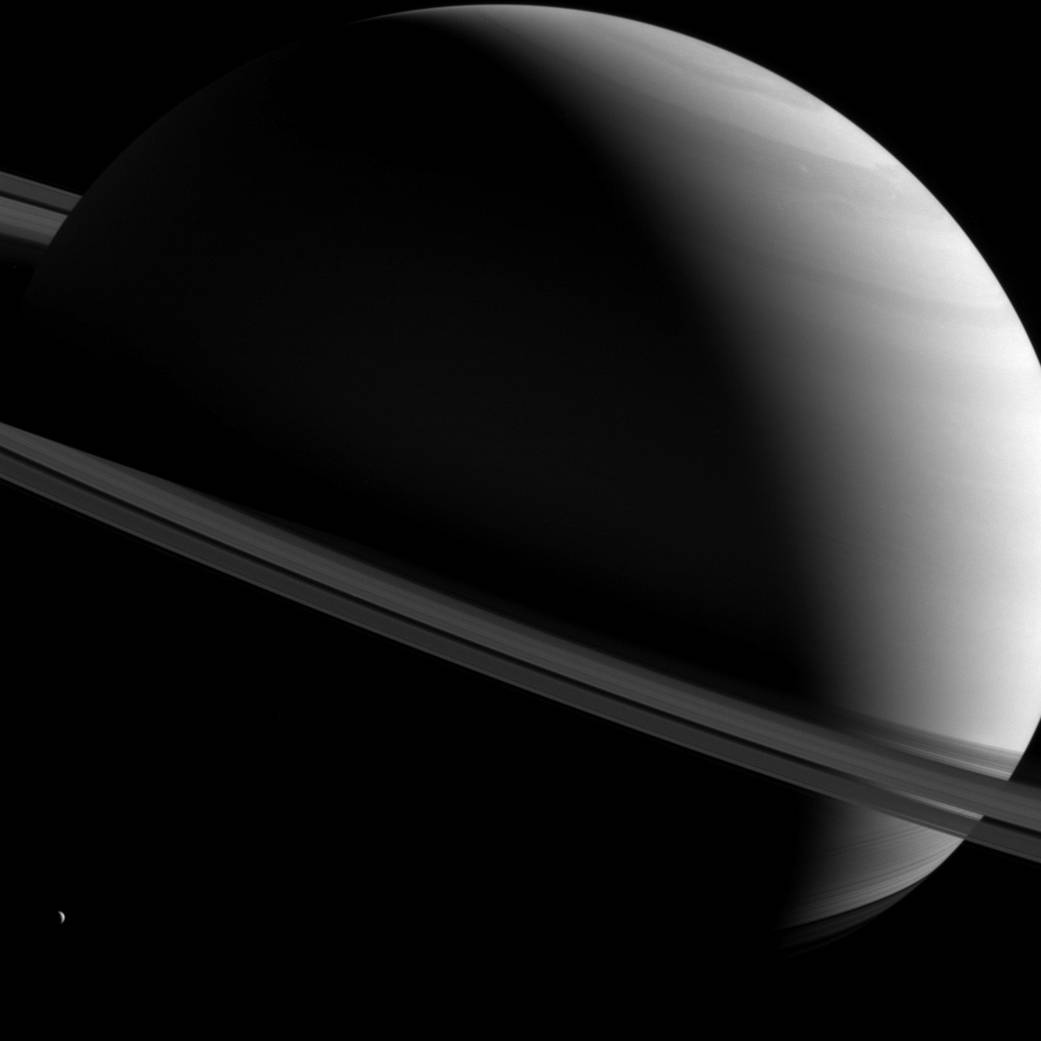