The brightly lit limb of a crescent Enceladus looks ethereal against the blackness of space. The rest of the moon, lit by light reflected from Saturn, presents a ghostly appearance.

Enceladus (313 miles or 504 kilometers across) is back-lit in this image, as is apparent by the thin crescent. However, the Sun-Enceladus-spacecraft (or phase) angle, at 141 degrees, is too low to make the moon‘s famous plumes easily visible. 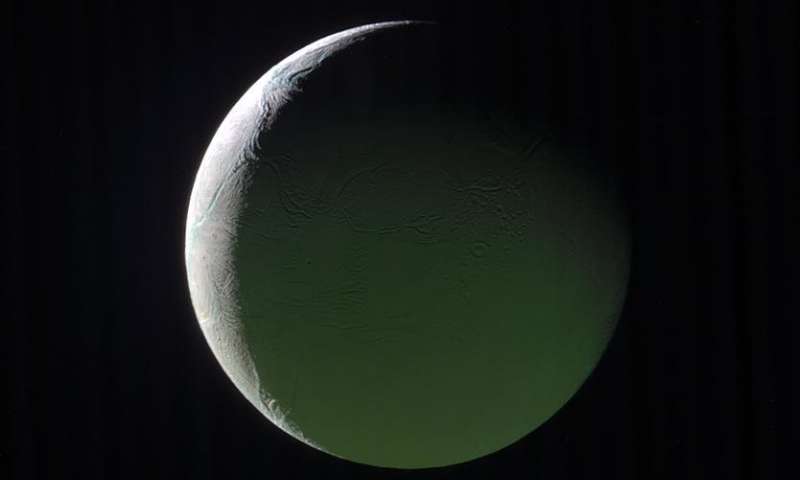