On Sept. 1, 2017, the La Tuna Canyon fire began in the foothills north of Los Angeles. By the time it was contained, it became one of the biggest wildfires in the history of the city in terms of sheer acreage. The fire burned several structures and resulted in a large number of evacuations. The fire could be seen over a large area, from the Hollywood Burbank airport (left side of image), to NASA’s Jet Propulsion Laboratory and the Rose Bowl (right side of image). In this image from the Advanced Spaceborne Thermal Emission and Reflection Radiometer (ASTER) instrument on NASA’s Terra satellite, vegetation is depicted in red (golf courses are particularly prominent), and the burned area is in dark gray. The image was acquired Oct. 7, 2017, covers an area of approximately 8 by 13 miles (13.5 by 20.5 kilometers), and is located at 34.2 degrees north, 118.2 degrees west.

With its 14 spectral bands from the visible to the thermal infrared wavelength region and its high spatial resolution of 15 to 90 meters (about 50 to 300 feet), ASTER images Earth to map and monitor the changing surface of our planet. ASTER is one of five Earth-observing instruments launched Dec. 18, 1999, on Terra. The instrument was built by Japan’s Ministry of Economy, Trade and Industry. A joint U.S./Japan science team is responsible for validation and calibration of the instrument and data products.

More information about ASTER is available at http://asterweb.jpl.nasa.gov/. 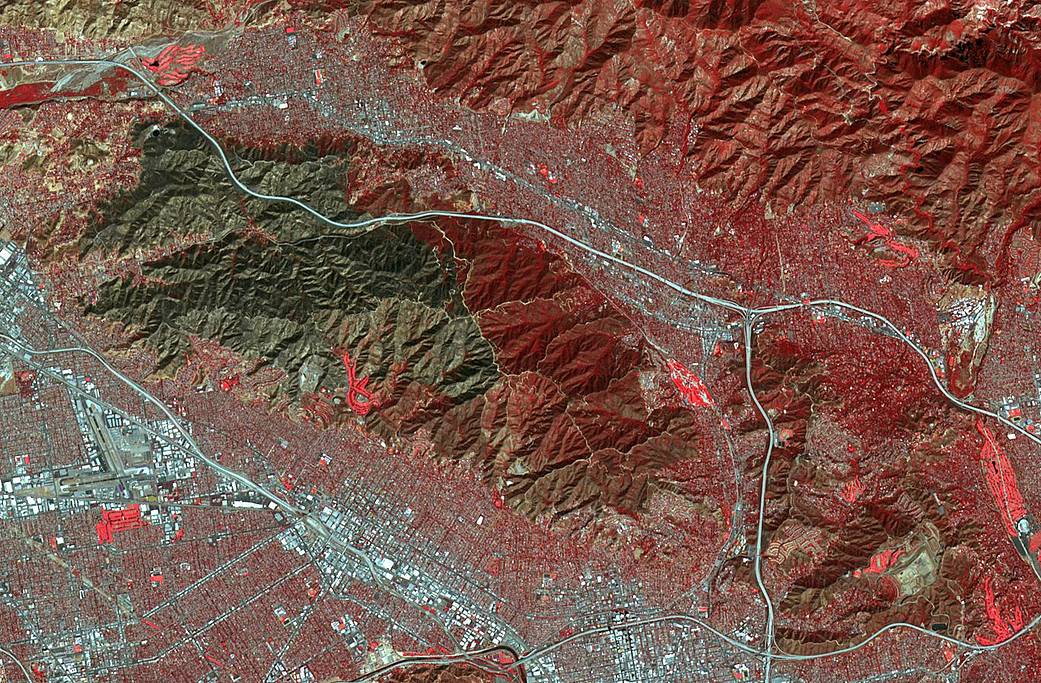