Expedition 46 Commander Scott Kelly of NASA is seen after returning to Ellington Field, Thursday, March 3, 2016 in Houston, Texas after his return to Earth the previous day. Kelly and Flight Engineers Mikhail Kornienko and Sergey Volkov of Roscosmos landed in their Soyuz TMA-18M capsule in Kazakhstan on March 1 (Eastern time). Kelly and Kornienko completed an International Space Station record year-long mission as members of Expeditions 43, 44, 45, and 46 to collect valuable data on the effect of long duration weightlessness on the human body that will be used to formulate a human mission to Mars. Volkov returned after spending six months on the station. 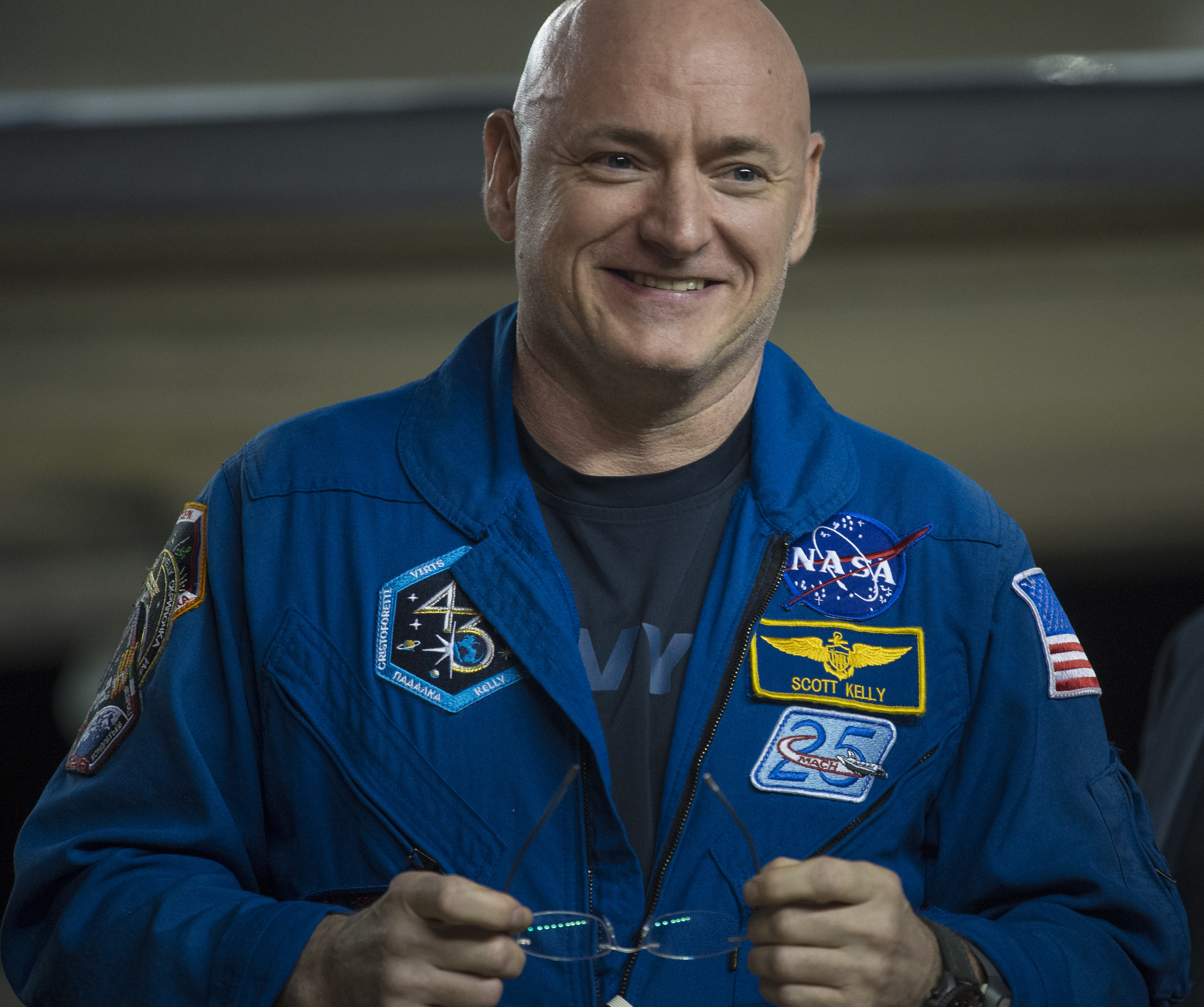