This striking image of Jupiter was captured by NASA’s Juno spacecraft as it performed its eighth flyby of the gas giant planet. 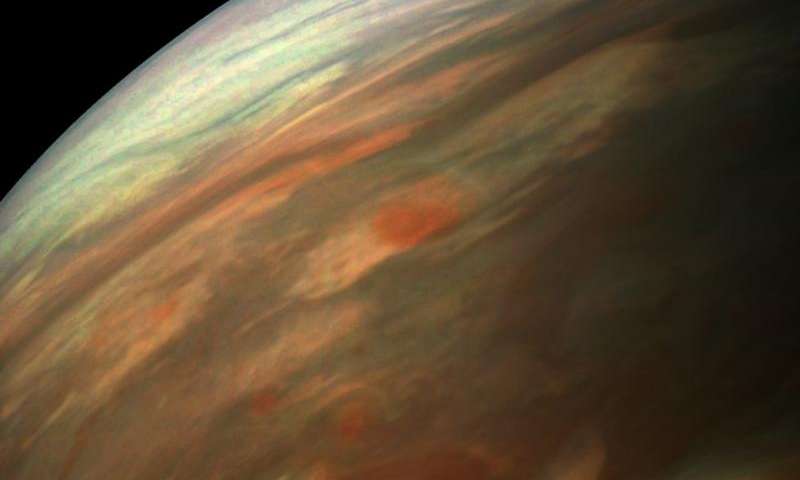