The Bigelow Expandable Activity Module (BEAM) is seen attached to the Tranquility module of the International Space Station. BEAM is an is anexperimental expandable habitat. Expandable habitats, occasionally described as inflatable habitats, greatly decrease the amount of transport volume for future space missions. These “expandables” weigh less and take up less room on a rocket while allowing additional space for living and working. They also provide protection from solar and cosmic radiation, space debris, and other contaminants. Crews traveling to the moon, Mars, asteroids, or other destinations could use them as habitable structures.

On Sept. 29, 2016, Expedition 49 Flight Engineer Kate Rubins opened up the BEAM for tests and equipment checks. Rubins entered the module and temporarily installed gear inside BEAM for a test to measure the loads and vibrations the module experiences. 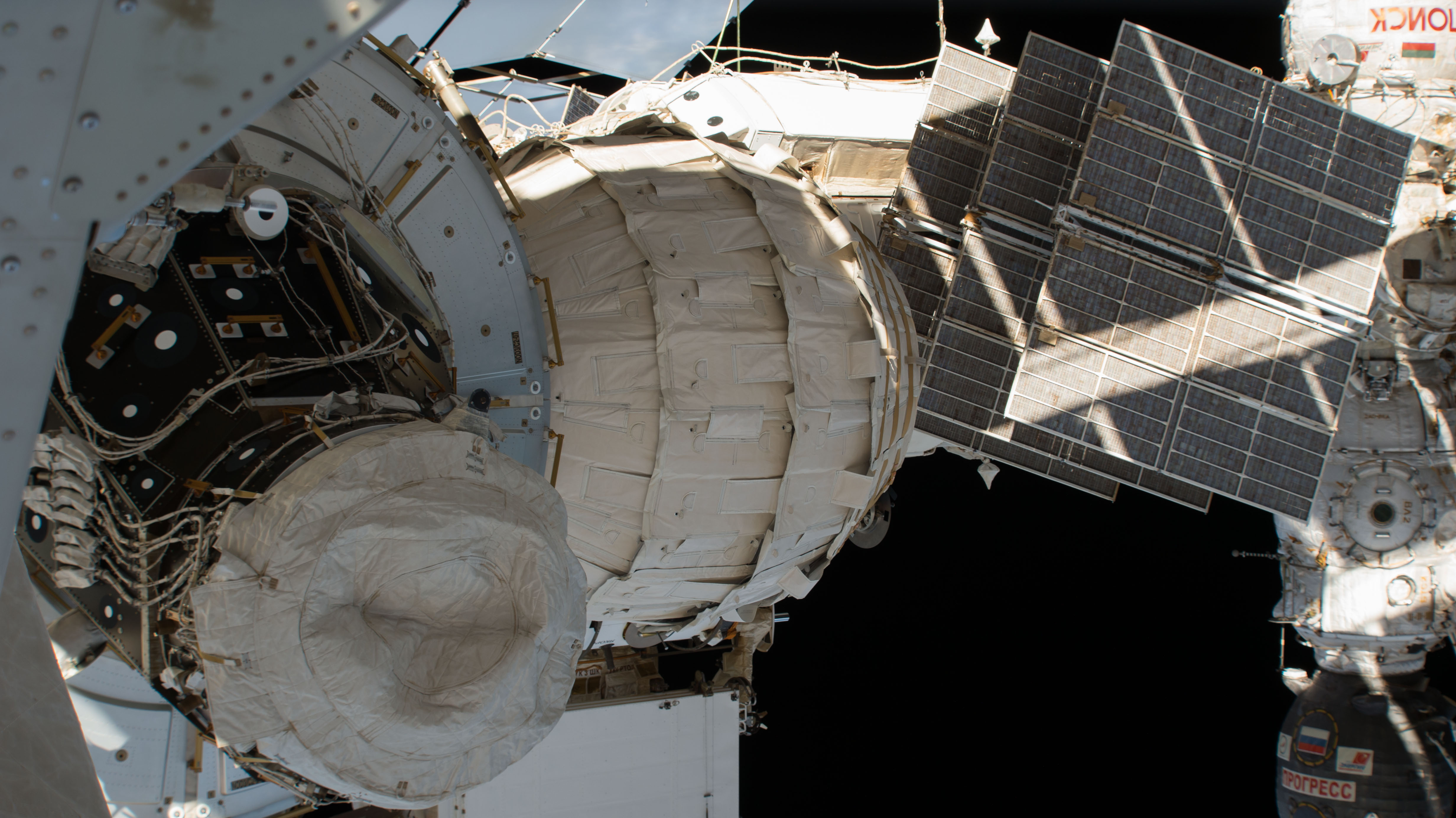