A sinuous feature snakes northward from Enceladus’ south pole like a giant tentacle. This feature, which stretches from the terminator near center, toward upper left, is actually tectonic in nature, created by stresses in Enceladus’ icy shell.

Geologists call features like these on Enceladus (313 miles or 504 kilometers across) “Y-shaped discontinuities.” These are thought to arise when surface material attempts to push northward, compressing or displacing existing ice along the way. Such features are also believed to be relatively young based on their lack of impact craters — a reminder of how surprisingly geologically active Enceladus is.

This view looks towards the trailing hemisphere of Enceladus. North is up. The image was taken in visible green light with the Cassini spacecraft narrow-angle camera on Feb. 15, 2016. 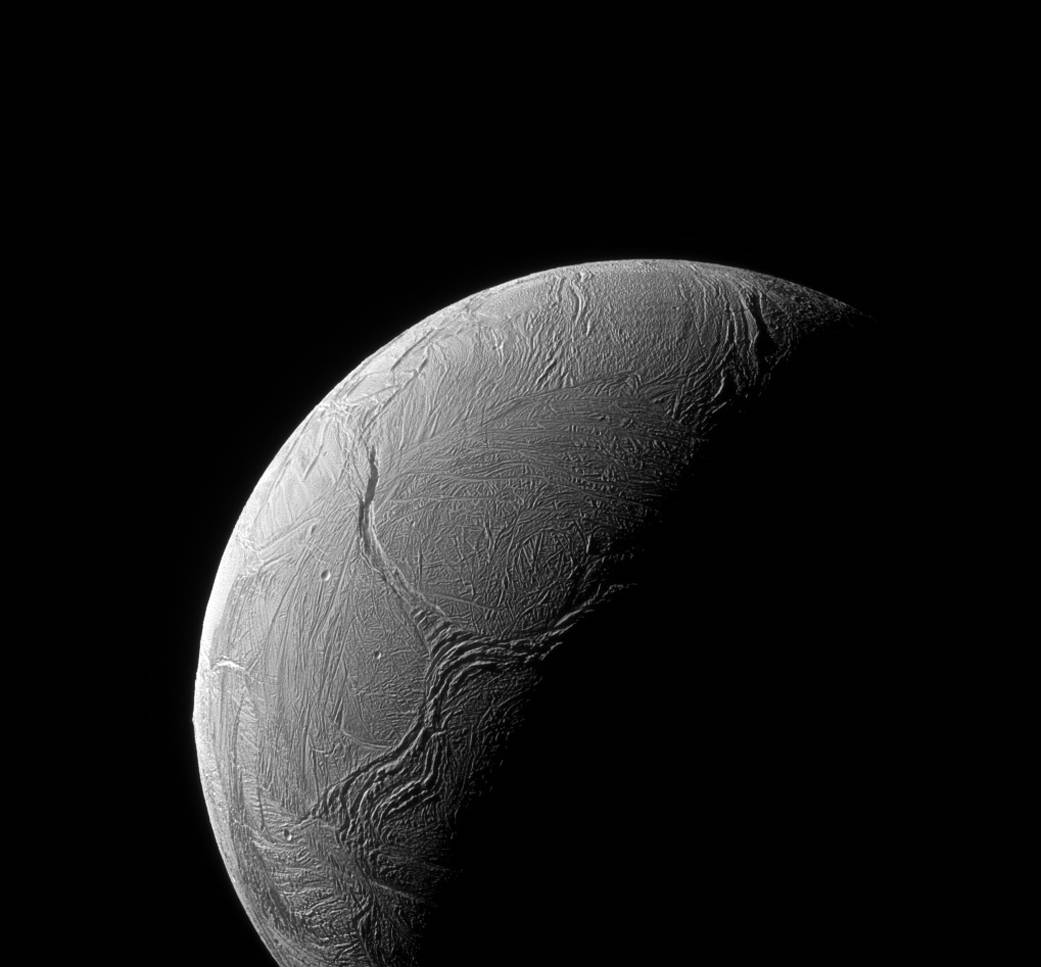