The view from the release of the Dellingr CubeSat from the NanoRacks CubeSat Deployer aboard the International Space Station on Nov. 20. Image credit: NanoRacks

NASA hopes this Dellingr CubeSat demonstration will start a new wave of experimentation for small satellites.

CubeSat missions in the past have experienced success rates of about 50 percent, so as well as testing its instruments this project will be used to determine whether the low-cost satellites can be effective enough to justify their use as science platforms. 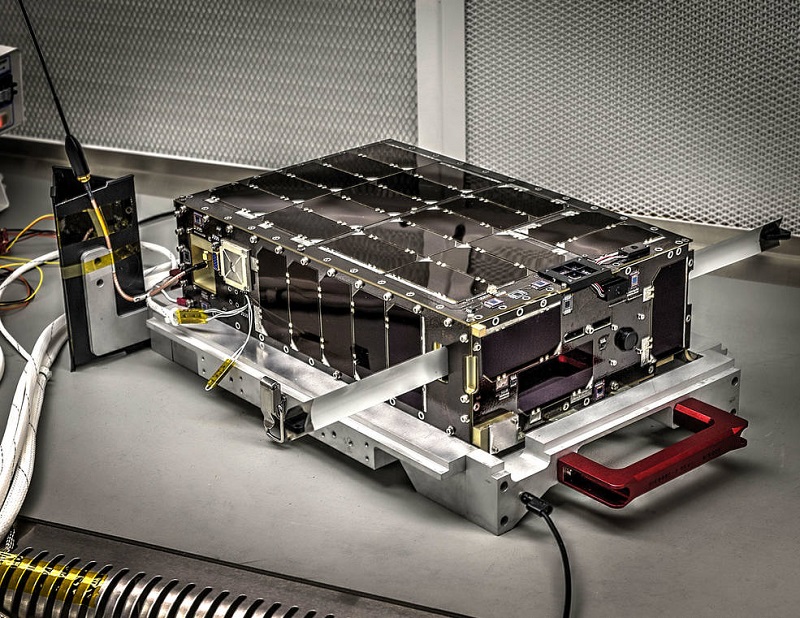 A rendition of the 6U Dellingr Cubesat. Image credit: NASA

“We believe Dellingr will inaugurate a new era for scientists wanting to use small, highly reliable satellites to carry out important, and in some cases, never-before-tried science,” said Michael Johnson, chief technologist of the Applied Engineering and Technology Directorate at NASA’s Goddard Space Flight Center.

Dellingr has now been in orbit for nine days testing its three instruments, which will be used to study the Sun’s effect on the Earth’s upper atmosphere.