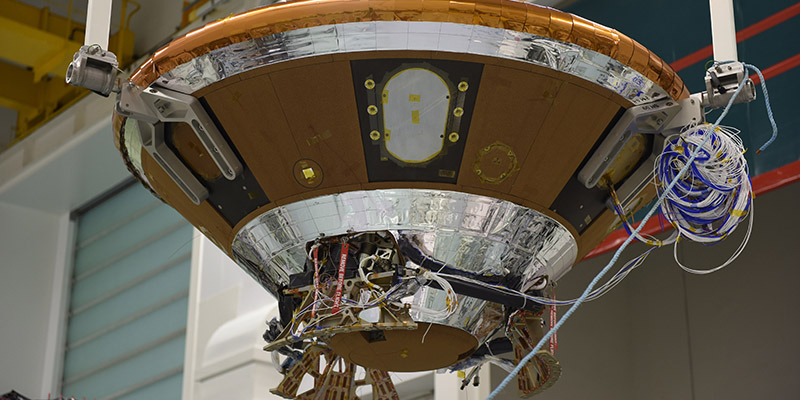 The two ExoMars spacecraft of the 2016 mission are being prepared for shipping to the Baikonur Cosmodrome in Kazakhstan ahead of their launch in March.

A joint endeavour with Russia’s Roscosmos space agency, ExoMars comprises two missions. The Trace Gas Orbiter (TGO) and Schiaparelli make up the 2016 mission, while the 2018 mission will combine a rover and a surface science platform. Both missions will be launched on Russian Proton rockets from Baikonur.

TGO and Schiaparelli are undergoing final preparations at Thales Alenia Space in Cannes, France, where they were today on display for media to view for the last time before they leave Europe.

They will be shipped separately in the middle of next month, arriving at the cosmodrome on 21 and 23 December, respectively.

“It’s been a long road for ExoMars to reach this point, but we are now ready to launch in spring next year,” says Alvaro Gimenez, ESA Director of Science and Robotic Exploration.

“We are about to begin a new era of Mars exploration for Europe and our Russian partners.”

Sergey Saveliev, Deputy General Director of Roscosmos, says: “ExoMars is a unique example of the Russian–European cooperation in deep-space exploration.

“The mission of 2016 is just the first stage of our cooperation and, in the future, Roscosmos and ESA plan many joint projects to explore near and deep space.”

Donato Amoroso, deputy CEO of Thales Alenia Space, notes, “For Thales Alenia Space, our lead role in the extraordinary ExoMars programme, as producer of the orbiter and the entry, descent and landing module for in situ exploration of Mars, entails huge technological and human challenges.”

The first ExoMars is scheduled for launch on 14 March, at the start of a launch window that remains open until 25 March.

After a cruise of almost seven months to Mars, Schiaparelli will separate from TGO on 16 October for its entry, descent and landing in the Meridani Planum region on 19 October.

TGO, along with ESA’s Mars Express and NASA satellites already orbiting Mars, will relay data for the few days that Schiaparelli is expected to operate on its batteries.

Schiaparelli is primarily a demonstrator to prove a range of technologies enabling controlled landings on Mars in future, but it also carries a small science package to analyse its local environment once on the surface.

Meanwhile, after a series of aerobraking manoeuvres in 2017, TGO will enter orbit around Mars, from where it will take a detailed inventory of the gases in the planet’s atmosphere.

Of special interest are the abundance and distribution of methane: its presence implies an active, current source, and TGO will help to determine whether it stems from a geological or biological source. 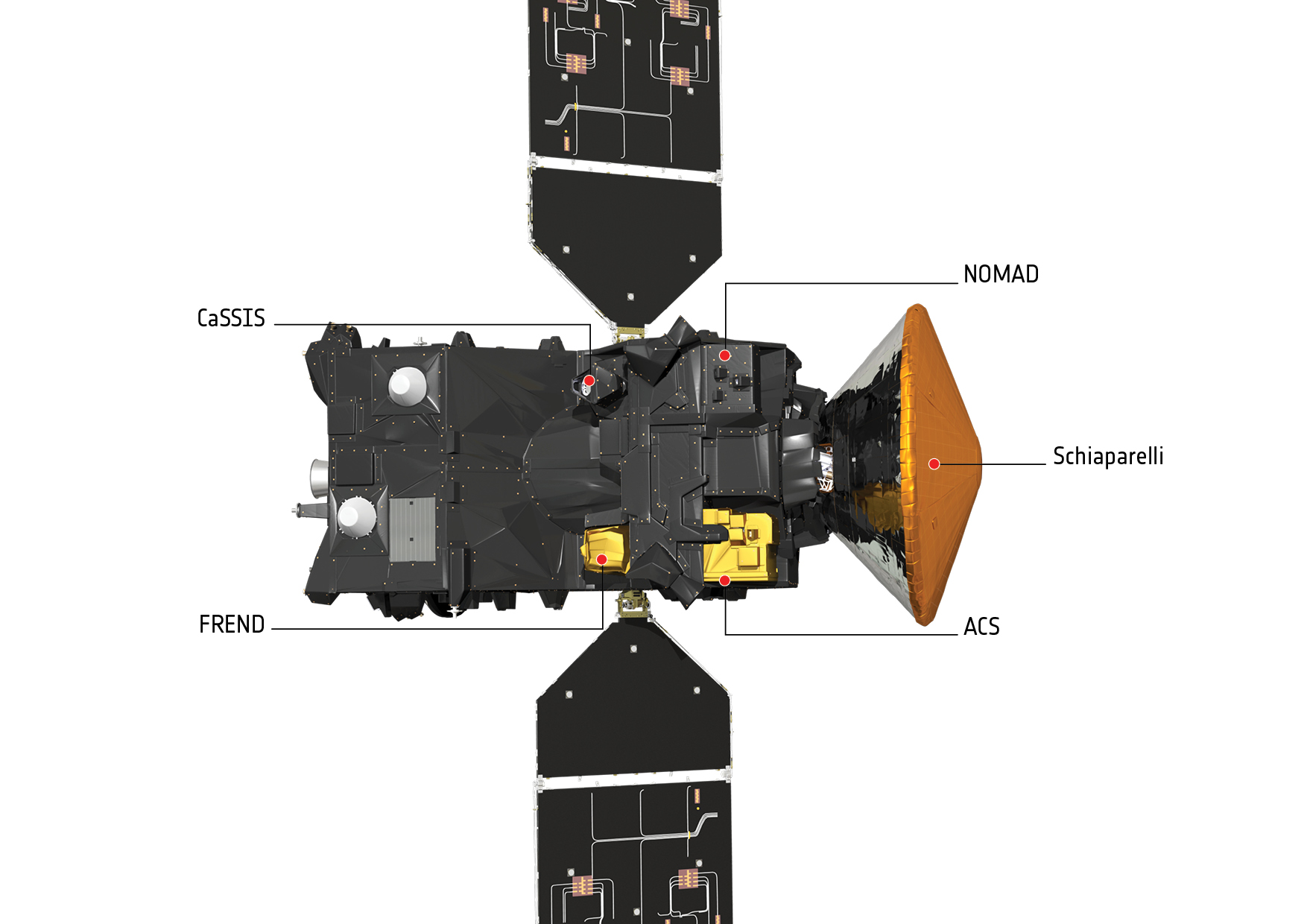 “TGO will analyse ‘trace gases’ in the atmosphere,” says Håkan Svedhem, ESA’s project scientist. “Even though they make up less than one percent of the atmospheric inventory, they should provide key indicators to the nature of any active processes, helping us to determine just how ‘alive’ Mars may be today.

“TGO will also monitor seasonal changes in the composition and temperature of the atmosphere, and will map the subsurface to look for hidden water ice.”

Finally, TGO will also relay data from the rover and surface science platform of the 2018 mission.