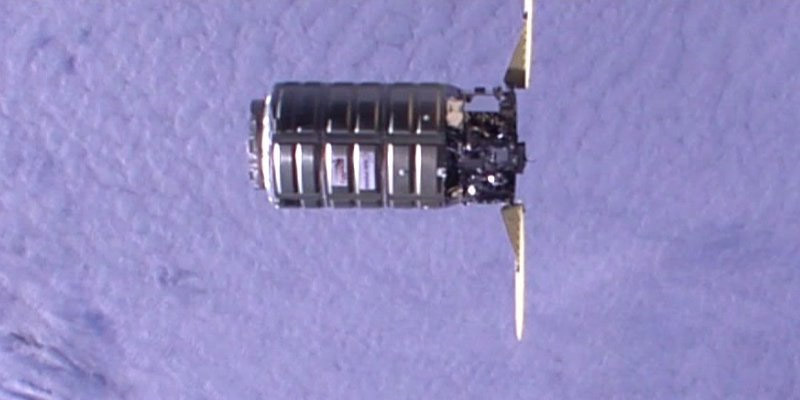 The space station crew and the robotics officer in mission control in Houston will position Cygnus for installation to the orbiting laboratory’s Earth-facing port of the Unity module.

In the above image, Cygnus soars into daylight about 30 meters away from the International Space Station.

NASA TV coverage of the installation began at 8:00 a.m. Installation of the Cygnus spacecraft to the space station occured at about 9:45 a.m.

In the above photo, Cygnus moves in closer to the #ISS to just 10 meters away. This is the capture point.

Among the more than 7,000 pounds of supplies aboard Cygnus are numerous science and research investigations and technology demonstrations, including a new life science facility that will support studies on cell cultures, bacteria and other microorganisms; a microsatellite deployer and the first microsatellite that will be deployed from the space station; several other educational and technology demonstration CubeSats; and experiments that will study the behavior of gases and liquids, clarify the thermo-physical properties of molten steel, and evaluate flame-resistant textiles.

In the above image, Canadarm2 heads in to capture Orbital ATK’s Cygnus cargo vehicle.

In this frame grab from video shown on NASA TV, the Cygnus supply ship approaches the robot arm of the International Space Station, in preparation for capture, early Wednesday, Dec. 9, 2015. 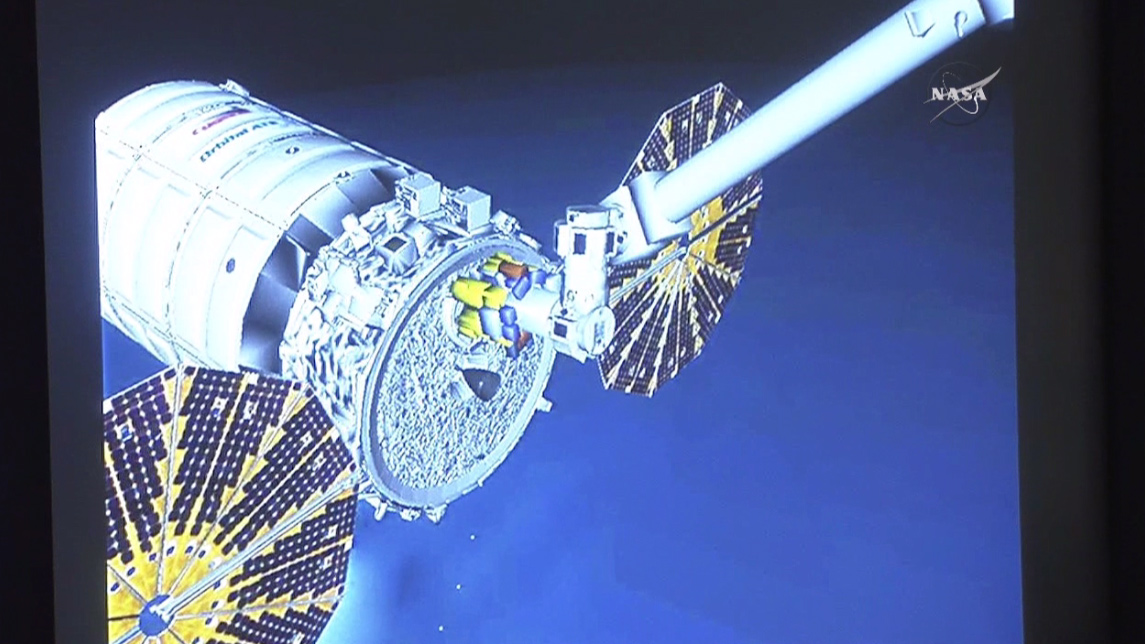 This rendering from a real-time computer animation shows the Cygnus spacecraft at the time of its capture with the Canadarm2 robotic arm.